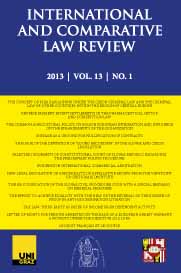 Summary/Abstract: Competition law and Intellectual Property law are remarkably divergent in scope and thus make for uneasy bedfellows. Although they both purport to help the consumer, their effects on the common market can be strikingly different. Recent decisions in the European Union and the United States of America have brought into focus the role of reverse payment patent settlement agreements. These agreements are generally of a commercial nature, and are agreements to settle actual or potential disputes which are related to patents. The questions which are sought by the parties to mutually settle range from infringement of a patent or the validity of a patent. When such a settlement agreement between a patent holder (in this instance the originator company) and a patent challenger (being a generic company) involves a value transfer from the originator to the generic company, coupled with a provision to limit or restrict the generic company’s ability to market its own product on the market, then certain interesting areas of conflict tend to come forward. The question arises whether this is simply a case of a company paying off its competitors to stay out of its market and delay the entry of cheaper, generic medicines, and is thus purely anticompetitive and harmful to consumers? Or whether the right to settle a patent dispute within the scope of patent laws is something which is outside the domain of Competition law? The European Commission and the Federal Trade Commission have displayed similar levels of distrust towards such commercial settlement agreements, and now the United States Supreme Court has weighed in with its own opinion. It remains to be seen how this matter will develop further in the courtrooms on both sides of the Atlantic.