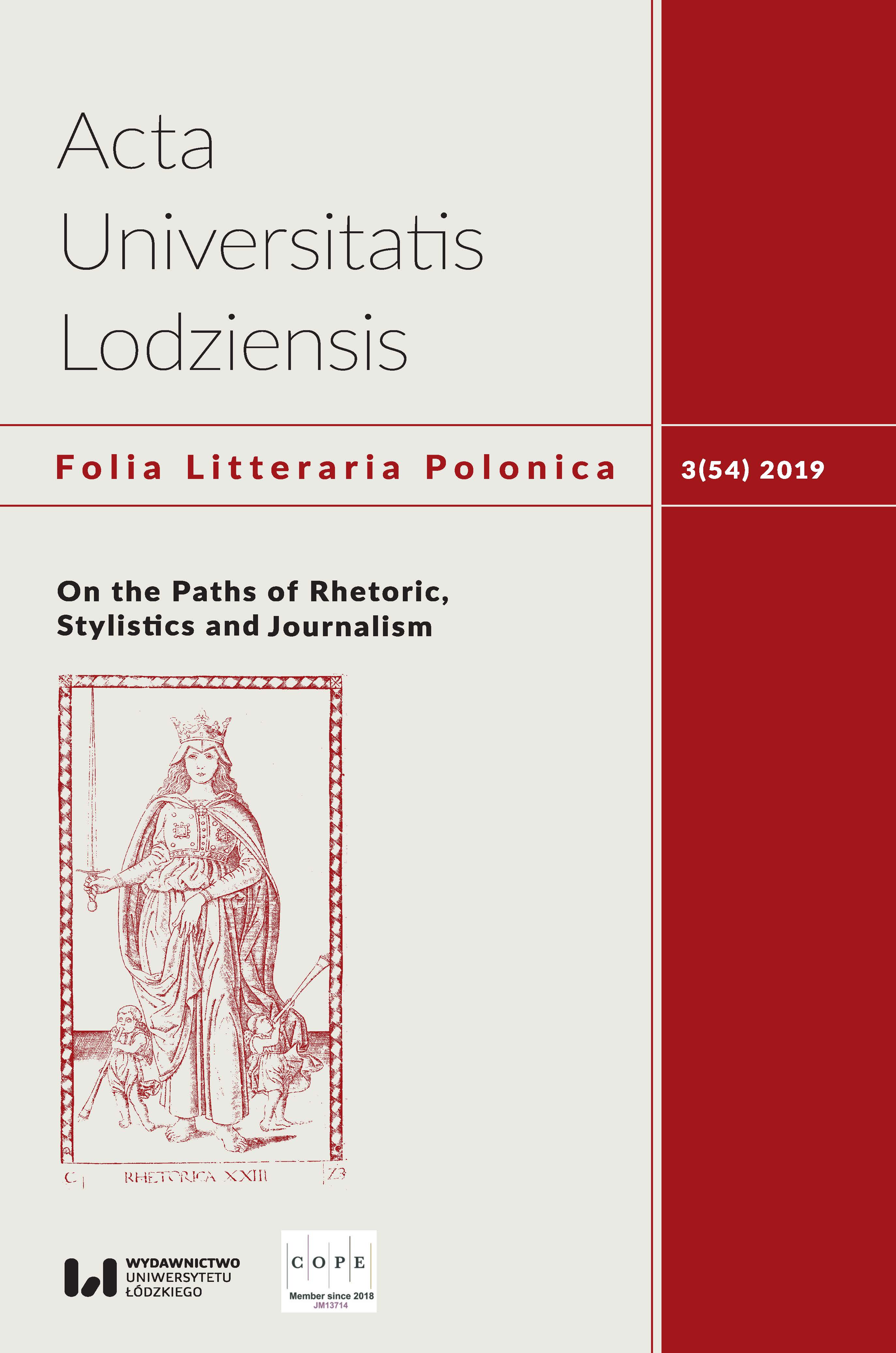 Summary/Abstract: Since it intensified in 2015, the migration crisis has become one of the major topics of media coverage. With time those numerous pieces resulted in society becoming indifferent to the plight of migrants. The newcomers, stereotypically treated as aliens, became a group of the unnecessary and unneeded, which then started to bear social tension and divisions. The author of the article intends to indicate that reportage/feature, radio reportage in particular, is one of the methods for building dialogue between cultures. In following the remarks of Ryszard Kapuściński and Emmanuel Levinas, the author noted that an encounter with “the Other” is one of the major challenges of the 21st century. The three analysed programmes seem to prove the fact that the medium of radio may fulfil a special role in overcoming “globalised indifference.”