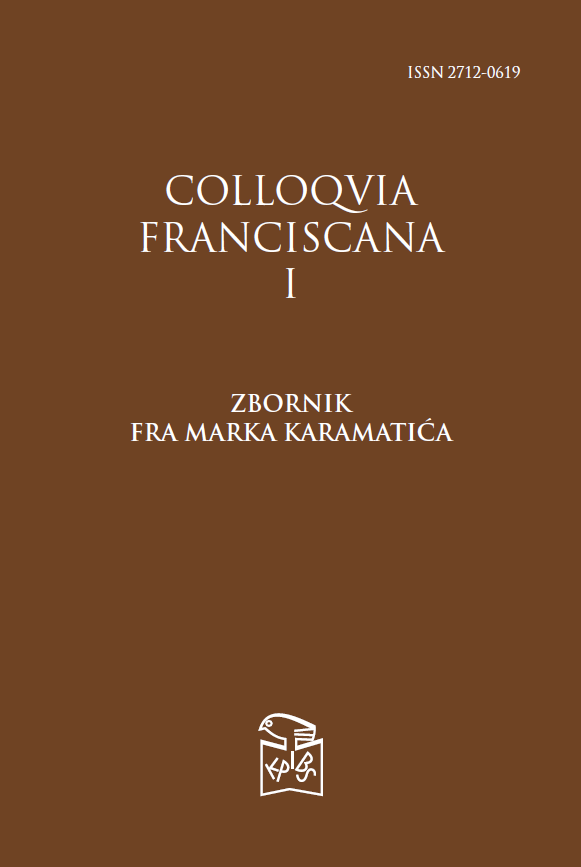 Summary/Abstract: Over the last few years quite a few authors have researched the painting Dead Christ and the Bosnian King Stjepan Tomaš (or simply Dead Christ and the Patron) by Lovro Dobričević, from Strossmayer Gallery in Zagreb and the so-called Ohmučević geneology, which had been associated with it until the recently performed conservation and restauration project of 2006. The painting comes from the Franciscan monastery of Kraljeva Sutjeska. At the time when Dobričević’s painting and the genesis of Sutjeska were a unified whole, they represented a kind of „double relic“ for the Franciscans of the Franciscan Province of Bosna Srebrena. In 1871, they left it with the then Đakovo bishop J. J. Strossmayer to keep it, who had it exhibited in his newly opened gallery, where the painting is still present.

Ivan iz Vrane – mletački admiral u Lepantskom boju (1571.) Ivan of Vrana – Venetian admiral in the battle of Lepanto (1571) 2005 Povijesni identitet umjetnika Schiavona u kritičkoj fortuni prve polovine XX. stoljeća THE HISTORICAL IDENTITY OF THE “SCHIAVONA” ARTISTS IN FORTUNA CRITICA DURING THE FIRST HALF OF THE 20TH CENTURY 2012 Prilog istraživanju bokeljskog slikarstva između 1450. i 1475 A Contribution Towards the Research of Painting in Boka Kotorska between 1450 and 1475 2016
2020 © CEEOL. ALL Rights Reserved. Privacy Policy | Terms & Conditions of use
ICB - InterConsult Bulgaria ver.1.5.0227