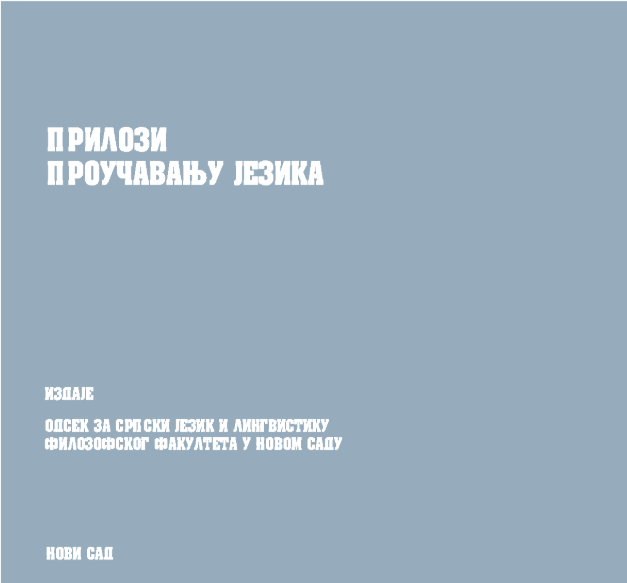 Summary/Abstract: Periphrastic predicative expressions present a special type of sentential units which usually do not coincide on a cross-language level either by their contents or their form (e.g. Serbian постићи договор: Polish dojść do porozumienia: English to reach an agreement), which makes their acquisition difficult for students of Serbian as a foreign language. Therefore, one of the main tasks of the theorists and practitioners in the domain of foreign language teaching is the identification of such structures, as well as the explanation of their meaning according to the semantics of the noun as the semantic focus of the phrase. The aim of this paper is to explore, by using two verbs – acquire and reach the following phenomena: (a) the selection of verbal lexemes and their complements, (b) the proposal for a presentation of such pairs in teaching Serbian as a foreign language and (c) an outline of their lexicographical treatment.