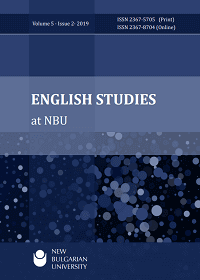 Summary/Abstract: One of the longstanding mysteries of English poetry is the identification of the “two-handed engine” from John Milton’s 1638 poem “Lycidas,” with which Saint Peter threatens to “strike once, and strike no more” the clergy who have been remiss in their duties. A new way of looking at the image is to read the entire passage with George Lakoff and Mark Turner’s theory of conceptual metaphors in mind. The strength of this approach is to show that identification of the two-handed engine should be considered within the context of the entire poem. As many commentators have argued, Lycidas’s posthumous fate as the “genius of the shore” does not rest solely in the actions of Saint Peter, but instead involves a reconciliation that amalgamates elements of both Christianity and the classical world as well as nature. The conceptual metaphor thus provides a single combinatory image.