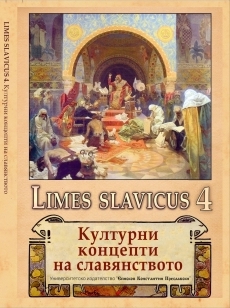 Summary/Abstract: The present paper deals with the perception of the Southern Slavonic art exhibitions in Bulgaria, and the social activities of ‘Lada’ – the union of the Southern Slavonic artists, in the context of the Neo-Slavism idea. Their exhibitions contributed to bringing together artists supporting the idea of Slavonic identity, to shape the aesthetic taste of Bulgarian recipients, their interest in modernity, and the development of Bulgarian art criticism. Some important issues are discussed, such as the opposition between our and their, the specifics of national art style, the degree to which the outside influence is accepted, the requirement to develop original national style, combining modern decorativeness with stories from national epic poems. Reviews by representatives of the so called ‘Imressionism Criticism’, such as А. Protitch, S. Radev, D. Kyortchev, who take the role of moderators between Southern Slavonic modernism and the Bulgarian audience are included.