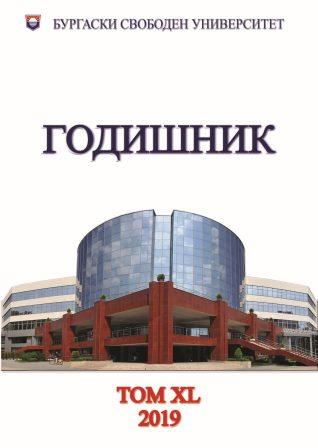 Summary/Abstract: The study focuses on the expressive language means in the blogs of famous Bulgarian journalists. The first part discusses the phraseologies in the blog of Veselina Sedlarska and the phraseologies and occasionalisms in the blogs of Dr. Filipov, Ivo Indzhev and Lyuben Dilov, Jr. The subject of research are texts from 2018. The phraseological locutions are analyzed from the point of view of the changes made therein by the authors compared to their vocabulary form. Their semantics and expressive effect are explained. Analyzed are the ways of word formation used for the creation of occasioanlisms. It is rarely only one way, more often there are two or three ways used in combination. The semantics of each of the author’s neologisms is explained. The second part of the study encompasses a corpus of quotations, excerpted from the blogs of Ivo Indzhev, Veselina Sedlarska and Lyuben Dilov, Jr. in Facebook for the period January – September 2018. Three types of analysis are used – quantitative, qualitative and comparative. As a result of the research stylistic means characterizing the authors' styles were identified. The stylistic similarity between the bloggers is commented throughout the comparative analysis, as well as the individual differences. The parallel presence of these blog styles is problematized also in the aspect of their strong impact in social media and online communication.