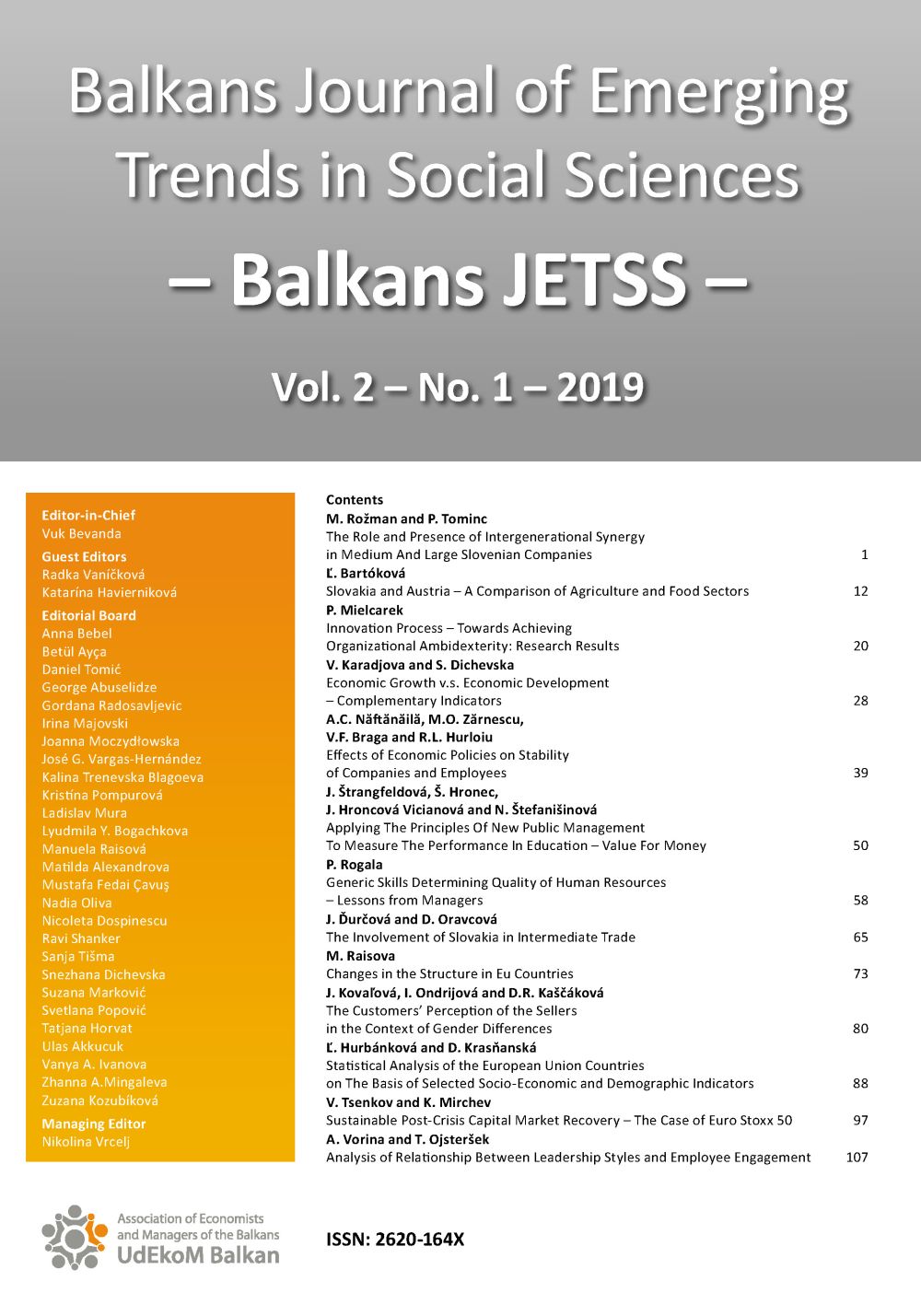 Summary/Abstract: The current study investigates domestic and international economic and financial developments, analyzes the ability of Romanian firms to adapt to the challenges of integration in the euro area and identifies the economic and financial performance of Romanian companies. The economy of the euro area has seen positive developments in the first half of 2017. Economic growth recorded a 0.7% gain in the second quarter of 2017, after 0.6% in the first quarter. Also the profitability of euro area banks has improved but the main problem in the euro area is the high level of public and private debt. Romania recorded one of the highest economic growth rates in the EU in the first nine months of 2017. However, the analysis of the main macroeconomic indicators reveals the build-up of tensions.