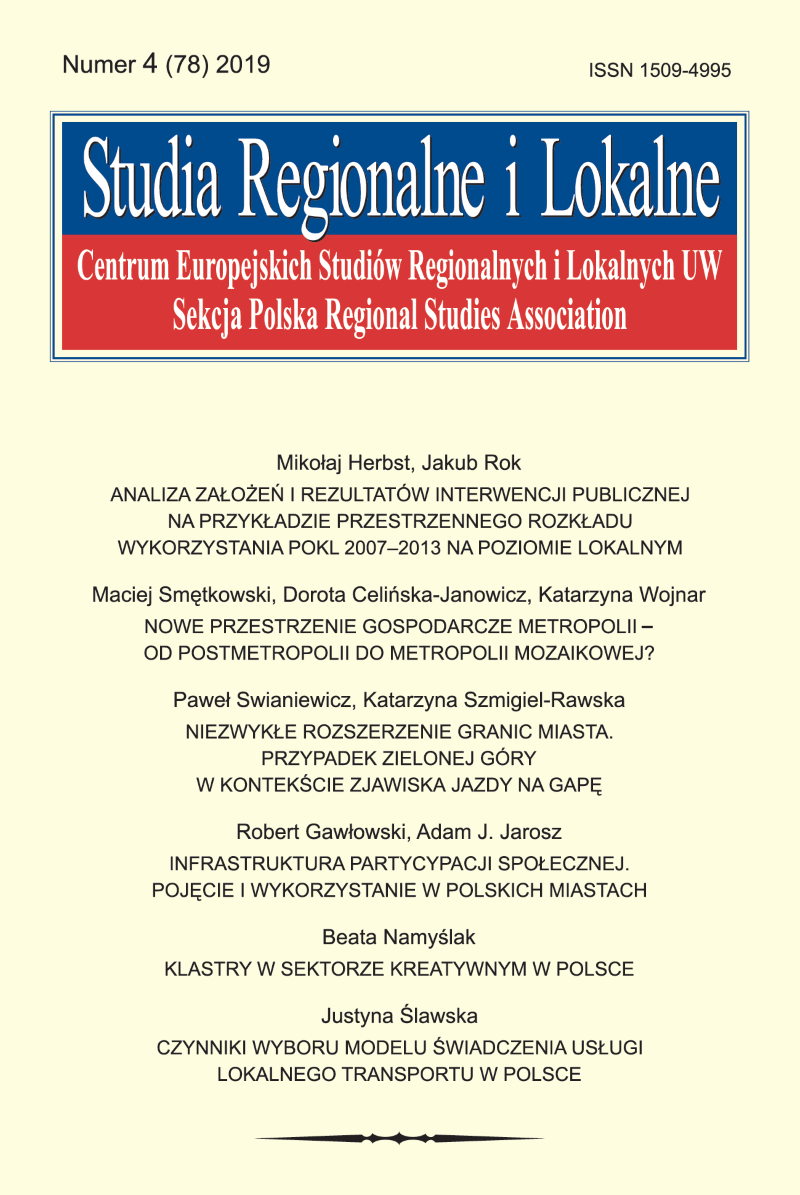 Summary/Abstract: The goal of this article is to investigate the spatial allocation of human capital investment at the local level in Poland. In particular, this analysis refers to the funds within the Human Capital Operational Programme (POKL 2007–2013). The study is divided into the following parts: extrapolation of the algorithm for allocating the POKL funds between regions to the local level; comparison of the allocation based on the data from the period before the programme with the hypothetical allocation of the same funds based on the measurement done after the end of the programme (the „before-after” method); and a comparison of the intentional allocation of POKL funds with the observed actual absorption of funds at the local level in 2007–2015. The analysis carried out in this article proves that the final effect of POKL allocation at the local level is not a simple extension of the government’s plan of division expressed by an algorithm. The absorption of funds per capita differed between municipalities within individual voivodships, but more funds did not necessarily go to the areas that were particularly structurally burdened (according to the governmental algorithm). The „before-after” analysis leads to the conclusion that, in the period under study, development disparities increased, and development gap between eastern and western Poland deepened. The situation is particularly difficult in the territories of the so-called internal peripherals.