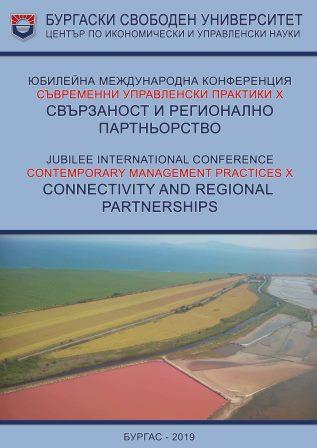 Summary/Abstract: The scientific material commented on the different perspectives for choosing scenarios for stress testing of financial systems. Emphasis is placed on the experience and proposals of the US Federal Reserve, the European Central Bank, the National Banks of England and Kazakhstan. Stress testing involves running simulations to identify hidden vulnerabilities. The literature about business strategy and corporate governance identifies several approaches to these exercises. Among the most popular are stylized scenarios, hypotheticals and historical scenarios. In a historical scenario, the business - or asset class, portfolio, or individual investment - is run through a simulation based on a previous crisis. Examples of historical crises include the stock market crash of October 1987, the Asian crisis of 1997 and the tech bubble that burst in 1999-2000. A hypothetical stress test is generally more specific, often focusing on how a particular company might weather a particular crisis. For example, a firm in California might stress-test against a hypothetical earthquake or an oil company might do so against the outbreak of a war in the Middle East. Stylized scenarios are a little more scientific in the sense that only one or a few test variables are adjusted at once. For example, the stress test might involve the Dow Jones index losing 10% of its value in a week. The Federal Reserve Board conducts supervisory stress tests to help ensure that large bank holding companies operating in the United States will be able to lend to households and businesses even in a severe recession. The tests are known as the Dodd-Frank Act stress test (DFAST) and the Comprehensive Capital Analysis and Review (CCAR). The European Banking Authority (EBA) published the results of the 2018 EU-wide stress test, which involved 48 banks from 15 EU and EEA countries, covering broadly 70% of total EU banking sector assets. The adverse scenario has an impact of -395 bps on banks' CET1 fully loaded capital ratio (-410 bps on a transitional basis), leading to a 10.1% CET1 capital ratio at the end of 2020 (10.3% on a transitional basis). In the 2018 stress-test scenario, UK GDP falls by 4.7%, the UK unemployment rate rises to 9.5%, UK residential property prices fall by 33% and UK commercial real estate prices fall by 40%. The cenario also includes a sudden loss of overseas investor appetite for UK assets, a 27% fall in the sterling exchange rate index and Bank Rate rising to 4%. Major UK banks have continued to trengthen their capital positions. They started the 2018 stress test with an aggregate common equity Tier 1 (CET1) capital ratio nearly three and a half times higher than before the global financial crisis. The global financial crisis exposed serious bank vulnerabilities in Kazakhstan. In the run up to the crisis, the economy grew at a high rate but the non-tradable sectorparticularly construction expanded at an unsustainable pace on the back of a surge in bank credit and an appreciating real exchange rate. Credit was financed largely through external wholesale funding and a sizeable increase in bank leverage. As the crisis erupted, external funding dried up orcing banks to deleverage aggressively. This led to a marked deceleration in non-oil economic activity and a rapid deterioration in banks’ assets. These effects were ompounded by the impact of the 2009 devaluation on credit risk and banks’ external indebtedness.