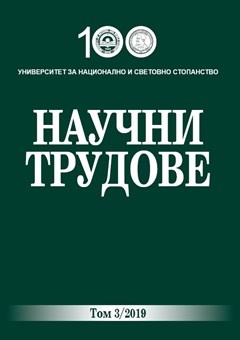 Summary/Abstract: The aim of this research is to reveal how big data change the character of economic theories, economics and politics during the transition to digital economy. On the one hand, economic science, as well as any science, is grounded on the analysis of particular empirical data and relevant theories. What we are witnessing today is an exponential leap in the amount of all kinds of data, which are changing the social science as a whole, and the economic science in particular. On the other hand, there are changes in the object and the subject of economic knowledge. Big data have consequences for the way economy works, for the whole interaction between technological, economic and political factors. The research is theoretical and is grounded on the current discussion between the supporters of the end of theory and their opponents. To achieve this goal, I consistently examine the relationship between economic theories and data, the need of changes in economic theories, and the changes in politico-economic systems as a result of the introduction of big data. The conclusion is that there is a tendency and a need of a qualitative changes in the empirical bases of economic research, but the argument is sustained that there is a need of economic theory that should be developed in a direction towards a political economy of big data. The study marks the beginning of a discussion on that topic in Bulgaria.