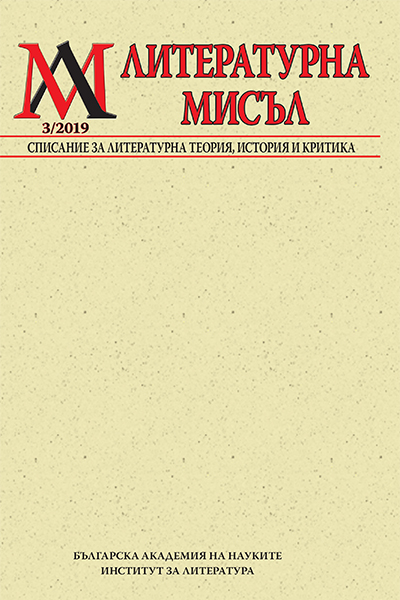 Summary/Abstract: As the title indicates, the article deals with the complex relationship between the specific method of so-called “cruel realism” (St. Karolev) in children’s animalistic literature of Emilian Stanev (1907–1979) and the specific moral/educational element that is presumably expected from children’s literature, in which the a-moral cruelty of nature must be mitigated. – On the way are proposed an intergenre division in two of Stanev’s animalistic in general with a view to a radically different ‘human–animal’ relationship. – The article also has its small factual contributions: for the first time, it draws attention to some of the writer’s long considered and worked but unrealized children’s works.