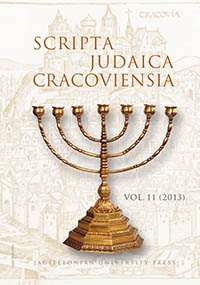 Summary/Abstract: This article concerns the events that occurred in Sofia, Bulgaria, in the late 1880s and the early 1890s when the position of the Chief Rabbi of Bulgaria was granted to an Ashkenazi rabbi Szymon Dankowicz (1834-1910). Dankowicz was able to obtain this title thanks to the Alliance Israélite Universelle (AIU) which intensified its activities in Bulgaria after the country had been liberated from the Turkish occupation in 1879 and the Principality of Bulgaria had been formed. The main focus of this article is to present the activities of Dankowicz in Bulgaria as well as the relations between the Sephardic and the Ashkenazi Jews in that period as they are depicted in the sources stored in the archives of the AIU in Paris.