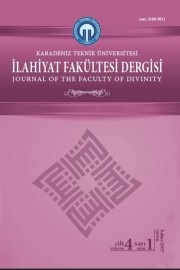 Summary/Abstract: This article deals with religion-state relationships after independence (1991) in Azerbaijan. We examine the secularism principle, religion-state relations and laws that provide religious liberties in Constitution of Azerbaijan Republic. We find that the Constitution generally provides the religious liberties that are declared in international human rights conventions and the restrictions that occurred in religious sphere usually caused by deficiencies in implementation of these laws. In addition, the insufficient religious education makes society more vulnerable to external radical religious groups and this factor requires some legal restrictions. While Azerbaijani Government was implementing strict secular policies in early period of independence, it turned into more religious policies in way of financial aids to traditional religious communities. (Shia and Sunni Islam, Orthodox Church, Judaism) Also there isn’t any discrimination between majority and minority religious groups in regard of financial aids.