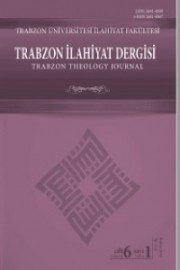 Summary/Abstract: One of the most important sciences that shape the Classical Period Ottoman thought is undoubtedly Usūl al-Fiqh. When the works of the Ottoman scholars of that period on Usul al-Fiqh are considered, it is seen that there are too many works inspired by the books named al-Tanqīh and al-Tawdīh by Sadr al-Shari‘ah. In this context, the annotate named al-Talwīh written by al-Taftāzānī on the aforementioned works has become the subject of much annotates due to being a text in which scholars have the possibility to express themselves and to prove their scientific maturity. Hasan Çelebi was a scholar who had studied almost all of the basic texts taught in the madrasas. Ḥāshiyah ‘alā al-Talwı̄h, one of these texts, was completed in 885/1480 and presented to Sultan Bayezid II. This work was carefully analyzed and appreciated by some scholars of the period. The related work and its author has been determined to be the main subject of the study because it is thought to provide important findings related to the thought of Ottoman principles.