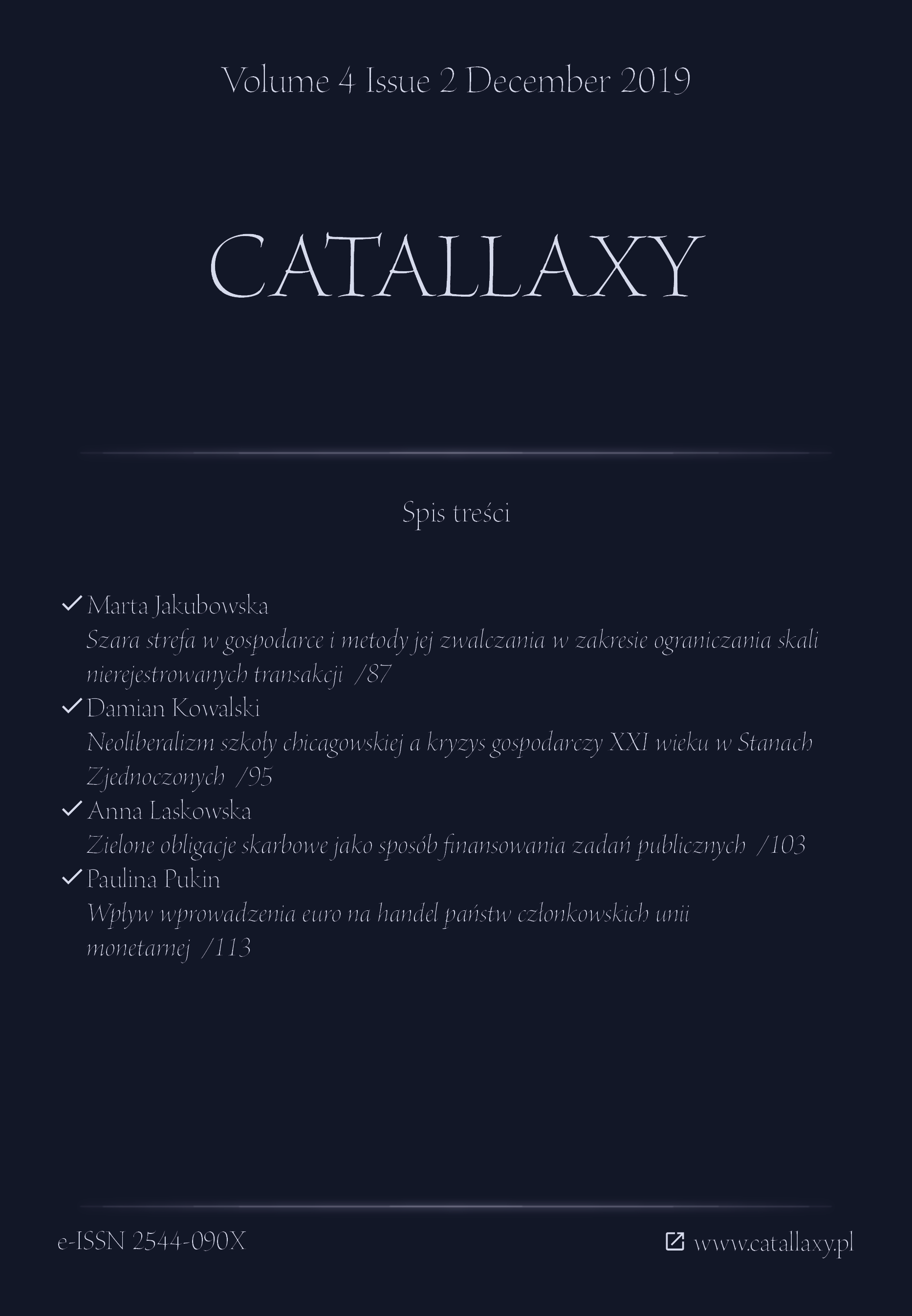 Summary/Abstract: Motivation: The shadow economy is still an insufficiently researched problem that has a very large and negative impact on the functioning of the economy. It is a problem not only for the state budget, but also one of the activities for legally operating enterprises. Aim: The main aim of the article is to identify the shadow economy, taking into account its development. The specific aim is to indicate the methods of combating the shadow economy in reducing the scale of unregistered transactions. Materials and methods: In the article the analysis of secondary sources as well as the literature on the subject was used. Results: Based on the conducted analysis, it can be concluded that the problem of the existence of a shadow economy in the economy is still current. One of the methods of combating the shadow economy, especially in the area of unregistered transactions, are activities that promote the development of cashless transaction. Attention was also paid to the possibility of blocking the development of non-cash transactions by enterprises operating in the shadow economy. However, this problem requires in-depth, comprehensive research in the future.