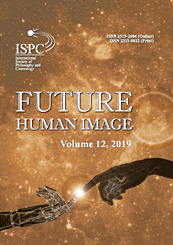 Summary/Abstract: In 2014, the Polish studio 11 Bits Studio produced the computer game entitled This War of Mine. The concept of this game was based on the course of the siege of Sarajevo. This production has changed the way of representation of war in video games. The main characters are not soldiers, but civilians, whose main aim is: to simply survive the war. Starvation, cold, lack of sleep and psychosomatic problems turn out to be more dangerous than the enemy’s army. Survival is possible, but forces the player to make ethically ambiguous decisions. The aim of the paper is to determine how the creators of the game presented the perspective of the civilians. This analysis will be based on the plot and mechanics of This War of Mine, on the historical context (war in the Balkans: the siege of Sarajevo) and with regard to virtual war schemes (topic of war in video games). The paper will also propose a concept of the game about war as an agon: the territory of not only a conflict, but also competition and a war spectacle.