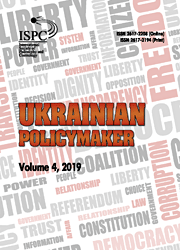 Summary/Abstract: The paper is devoted to the analysis of the variability of historical forms of comic, in particular the specifics of the organization of contextual socio-cultural practices and the appropriate way of the syndication. For this angle of study, reference is made to the works of modern British scholar Scott Lash, who substantiates the methodological connection of the cultural paradigm and the signification mode. The comparison is made out of the specifics of the organization of a comic in the conditions of the ancient Greek policy and modern Ukrainian politics. Postmodern synthesis of political comic and administration of horror testifies to a new level of cultural de-differentiation, and is a symbol of the end of the social. The horror of the total chaos of personified corruption highlights the ironic evidence of their political scheme and the comic populism of their representations.