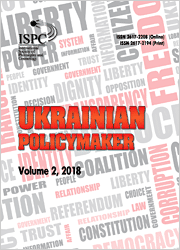 Summary/Abstract: The article is devoted to the topic, which for the current generation of both Western and post-Soviet political science communities seems to be “Terra incognita.” It delivers the detailed analysis of conditions and key determinants of the foundation of such representative for Soviet ideology study course as “scientific communism.” The author also takes into consideration the motivation of the Soviet ruling class (CPSU) and scientific authority of USSR. Article attempts to reveal several following issues on “scientific communism”: a) its theoretical and ideological essence as a metanarrative in the socialistic countries; b) peculiarities of foundation, functioning, ideological, theoretical and methodological support of the system of professional training in the field of scientific communism in the Soviet Union and the Taras Shevchenko University of Kyiv in the period of the 60’s — 80’s.