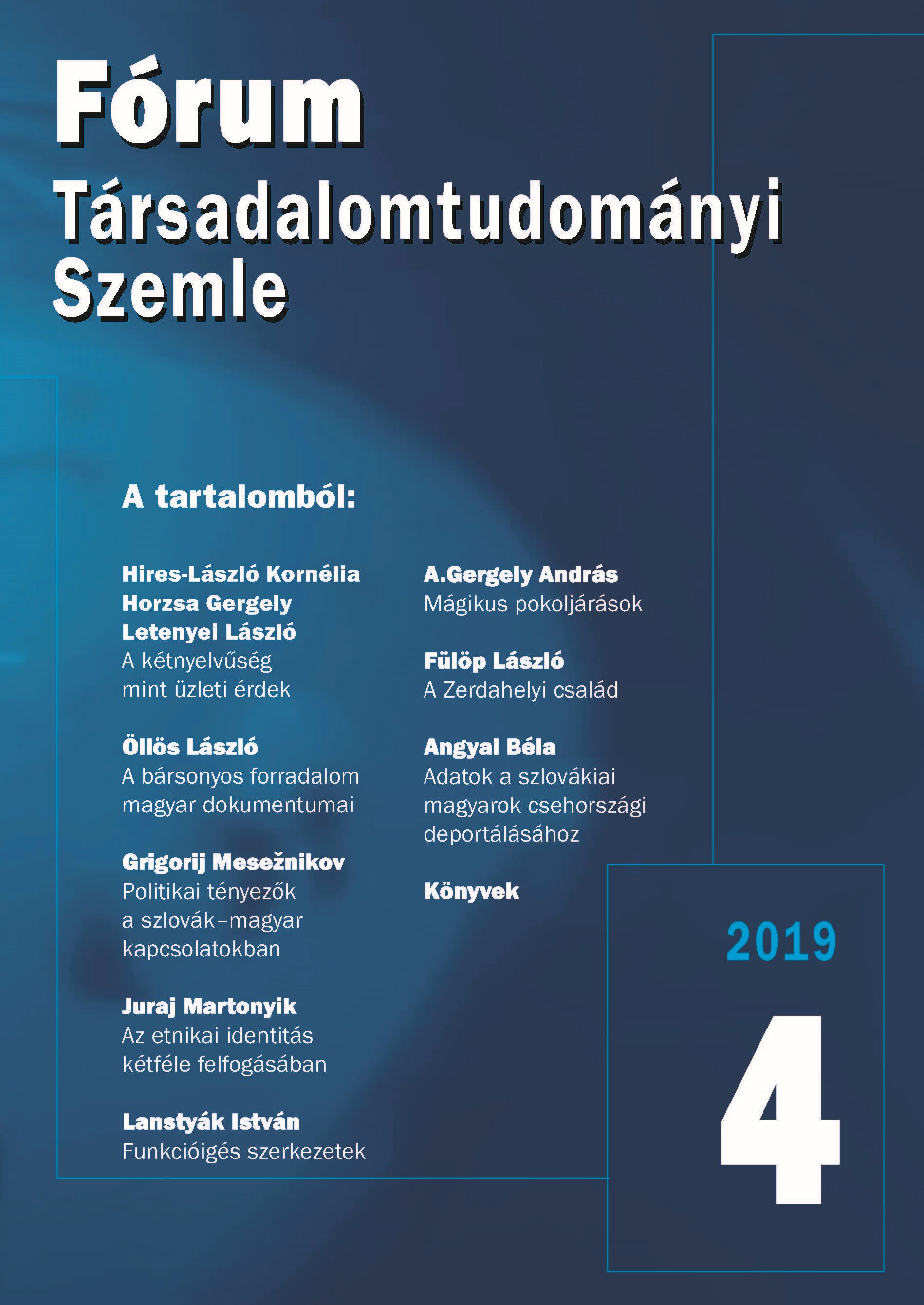 A kétnyelvűség mint üzleti érdek
Bilingualism as a Commercial Interest

Summary/Abstract: The question of monolingual/multilingual inscriptions had in the Carpathian Basin long been a subject of political discourses on ethnic minorities. We in Hungary had for the most part felt harmed by the laws adversely affecting language use of public inscriptions in Slovakia, Romania, the former Yugoslavia, and, most recently, in Ukraine. The politicization of the subject made it rarely possible to pay due attention to the economic aspects of the multilingual inscriptions. The present study attempts to fill this gap: the fieldwork on the east side of the Slovak–Hungarian border region made it possible to measure the potential economic significance of multilingual inscriptions from the point of view of tourism. As a result of the study we found that 1) the multilingualism of the examined shops providing tourist services or venues of hospitality industry is associated with higher prestige, and higher presumptive incomes, and, 2) the stores where the salespersons do not use the language of the neighbouring countries typically communicate with the entering guests in English. In general, the lack of openness toward the neighbouring language generally results in pushing both local languages into the background.