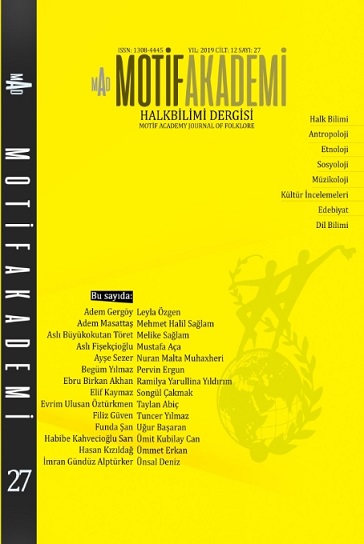 Summary/Abstract: Primitive societies, who believe that music has an impact on living beings, have used music as a means of healing music in their own lives in order to remove the diseases they regard as bad. This power of music was later attracted by philosophers and scientists. Today, music therapy is attracted by many institutions and researchers especially in international academic settings. Although it seems as if the history of Turkish culture based on Ottoman-era practice of music therapy can be said that Turkey has shown interest in a new area of several major institutions and researchers in academic settings. What is the subject of the current status of Turkey in the field of music therapy has been identified as a problem of this research. Research in this direction is also in Turkey to investigate the scientific publication that was created in music therapy. In this study, scanning model was used to determine the current situation. The data of the research was obtained by scanning the databases. scientific publications related to music therapy is scanned in Turkey. In the data collection, publications including theses, articles, published papers, books and scientific meetings were discussed. As a result of the study, 121 publications were determined numerically. When the distribution of these studies according to the type of publication is examined, it is determined that they are (37), theses (34), articles (32), books (12), and scientific meetings (6). The first study, published in Turkey in recent years, which started in 1998, it was observed that increasing these studies. When we look at the contents of the studies in music therapy field, it can be said that the historical process of music therapy in different cultures is revealed, the methods and principles of music therapy field and the effects of music therapy are measured as the subject area of applied studies.