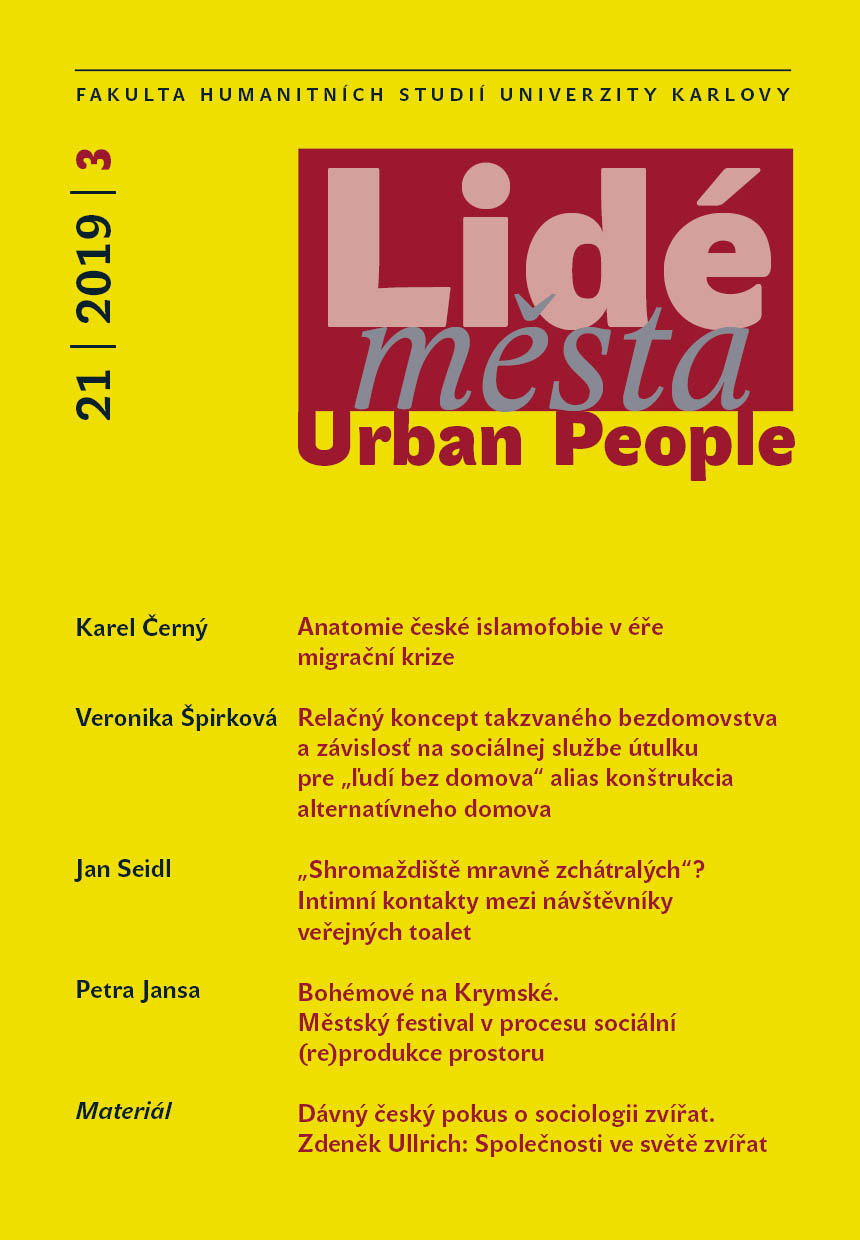 Summary/Abstract: Since their introduction in the public space of European and American cities, public restrooms have been, irrespective of specific countries and individual historical periods of the 19th and the 20th centuries, a privileged place of anonymous sexual contact between men. Recent scholarship focusing on the everyday history of homosexuality in what is today the Czech Republic has brought abundant evidence of this socio-sexual pattern throughout the 20th century also in cities such as Prague, Brno, or Pilsen. These scholars usually conclude that due to various external factors, including a radical improvement of the situation of LGBTI people in general, this pattern, very vivid until the end of the 1980s, more or less disappeared in the following decades. In this paper, I argue that this is not the case: on the contrary, as proven by various dating applications and on-line LGBT forums, the rather anonymous sexual intimateness with other men at public bathrooms is still of a very strong attraction for many men today. In trying to understand the reasons why this is so, I proceed to analyse the meanings that actors themselves were or are ascribing to this pattern in the interwar period, in the Communist period, and today (using archival, oral history, and internet sources, respectively). My conclusion is that today, this pattern may serve to a certain degree as an extension of on-line dating, introducing an element of randomness to what may be perceived as a too predictable way of making contacts. Due to this, paradoxically, the internet has saved this very ancient socio-sexual pattern of homosexual subcultures from extinction.