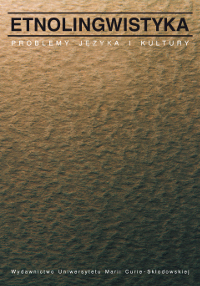 Summary/Abstract: The article presents the results of a small-scale psycholinguistic experiment, carried out within the framework of Jerzy Bartminski's methodology. The aim of the experiment was to identify the stereotypes of a Russian, Polish and Lithuanian in the eyes of Lithuanians. A hundred and fifty informants participated in the experiment: a hundred students and fifty city residents, aged 35-65. The results differ from those of earlier experiments with Polish and German students. In this experiment, the highest distinctive power can be attributed to the features of moral and social behaviour. The stereotypes in question point to the reversal of the correlation between the material and spiritual aspects of life. The experiment has confirmed the relative nature of stereotypes: the average rating of all three stereotypes among the older respondents is higher than among students. The authors briefly describe their own conception of a stereotype and its relation to word meaning.