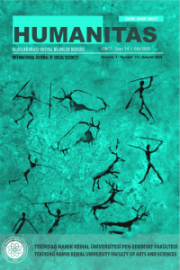 Summary/Abstract: In this study, I aim to analyze two poems by the North American poet Richard Fein that he collected in his book entitled “At the Turkish bath.” In my analyses, I intend to follow a cognitive poetic point of view, as the theory of “Cognitive Poetics” (1992) of the Israeli linguist and cognitive scientist Reuven Tsur, is based on cognitive processes, through which one solves the semantic ambiguities, such as metaphors, and the cognitive obligations, which lead to the correct interpretation of the poetry. Concisely, I am going to talk about the North American Jewish culture, discovering the poet’s Yiddish and North American identities via the cognitive poetic analyses of the two poems, entitled “My World of Yiddish” and “The Yiddish Poet Yankev Glatshteyn Visits Me in the Coffee Shop.”