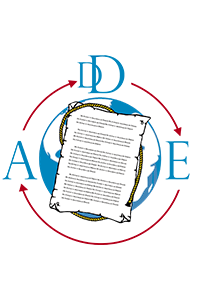 Summary/Abstract: This is a corpus-driven study based on the TNCv3.0 to determine the co-occurrence patterns of the focus particle sırf (only/just) in its scopes. The study revealed that sırf’s syntactic associates are largely phrases or clauses of purpose or reason. Over half of the 430 concordance lines analysed had various purpose or reason expressions as sırf’s focused constitutes. The most frequent colligates in the exclusive operator’s scopes are reason and purpose markers diye or için, ranking the first two in its collocation list. This very strong lexical priming suggests a pragmatic motivation. By choosing sırf rather than any other particles like sadece or yalnızca, the speaker not only marks the single reason or purpose for which something is done but also often reflects a negative attitude to reasons or purposes as being unjustifiable. The most unfavourable prosody was detected in the collostruction sırf +noun+ olsun diye, in which almost all the nouns in the ‘noun’ slot are abstract, most of which have negative connotations.