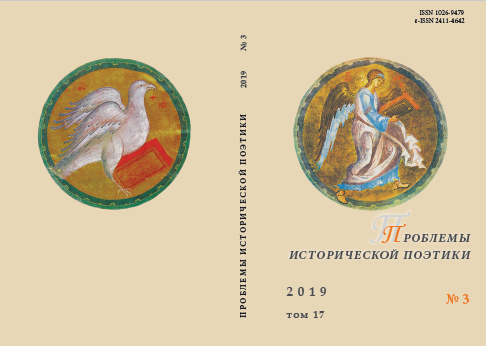 Summary/Abstract: The article analyses the narrative structure of the first part of the “Kazan Chronicle” (chapters 1–57), an eminent monument of the Old Russian literature of the middle of the 16th century. The unique principle of the narration in the text of the writing is brought to light, i.e. the dependence of three story lines — “war”, “peace”, the “Divine Providence” — on three main ideas presented in the “Kazan Chronicle”: the idea of the historical reasonableness of the incorporation of the Tsardom of Kazan into Russia, of the justification of Ivan the Terrible of the massacre between the Russians and the Kazanians during the siege of Kazan, and of the Russian Prince’s exploit supported by the God’s will, of the conquest of Kazan in 1552.