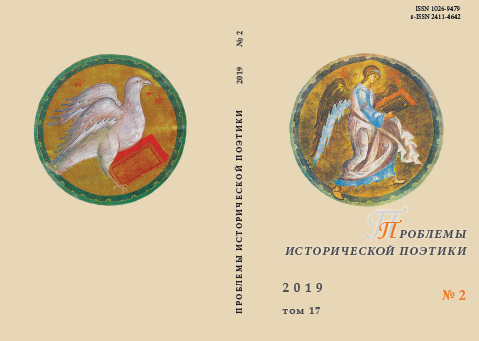 Summary/Abstract: The article envisages the thanatological discourse in Dostoevsky’s novel: analyzes the binary oppositions on eschatological themes; describes the artistic images of the heroes of the novel, acquiring unique mythological features during their earthly ordeals; allusions to the images of another world presented in the text are studied; the accent elements of the circular composition of the novel are examined, emphasizing the inability of the heroes to get out of the locus infernus (hell — Lat.), where they are consistently led by their earthly path. In the novel, which reveals the crisis of modern civilization, the search for the ideal and the topic of the inevitability of the Resurrection becomes an axiological task, that is expressed not only in the plot and image system of the main characters, but also in the eschatological discourse of characters that seem secondary at first glance: the interpretations of the Apocalypse by Lebedev, Ippolit Terentyev’s reasoning about the inevitability of symbolic anthropophagy and engaged in the search for salvation.