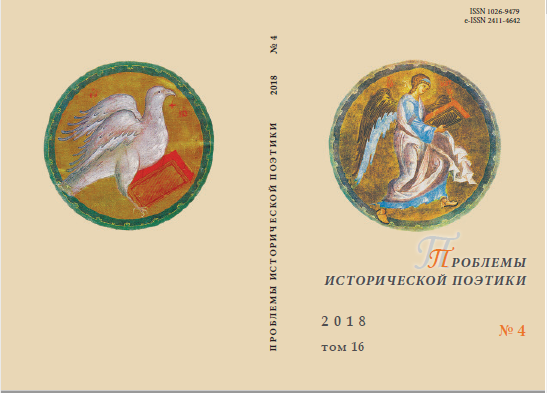 Summary/Abstract: The article explores the genesis of the technique of stylization of foreign language in the poetics of I. S. Shmelev’s early prose based on the story “Hassan and his Jeddy”. Making a representative of the Turkish people the main character, the writer pays special attention to the peculiarity of his speech, which not only becomes the key to understanding Hassan’s character, but also diversifies the problematic of the writing. The comparison of the last lifetime edition of the story with the existent manuscript reveals the stages of literary work over a speech portrait of the hero-Turk at the phonographic and lexicalgrammatical levels. The pronunciation defects introduced by the author into Hassan’s speech are non-systemic and inconsistent, that underlines the writer’s intention not to imitate the speech of a foreigner, but to create a speech portrait of the non-native speaker.