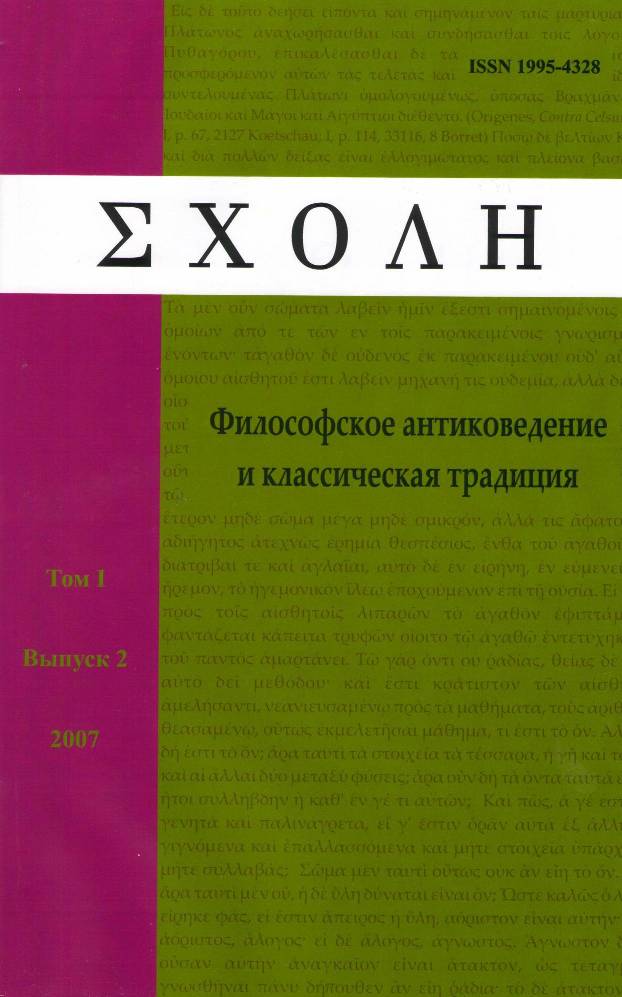 Summary/Abstract: The article treats Plato’s “geometric” cosmology and anthropology in “Timaeus” (in particular, the association of rational and irrational processes with circular and linear movements). Plato’s idea that straightened or bent posture of a living body depends on the properties of the soul that prevails in it is discussed. It is indicated that Plato associates human straightness with cultivation of circular motion and becoming like God, while the entry of the soul into the body is likened to turning upside down, in which condition the notions of right and left, true and false are inverted. Plato’s tendency to schematization and geometrization of reality in cosmological and anthropological explanations, as well as the peculiarity to represent living bodies as hollow volumes of space through which streams of elements flow are indicated. Plato’s representation of man as “the heavenly plant” turned upside down in relation to terrestrial plants is examined. Fragments of subsequent authors using this comparison are under consideration (parallels from the Arab and Indian traditions are given).