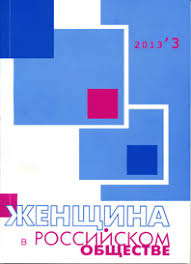 Summary/Abstract: The article is devoted to the little-studied problem of a new gender order formation as one of the types of social transitions in the context of globalization: the social-gender transition. Its essence, forms of expression and conflict potential are analyzed. The analysis of the category “new gender order”, its scientific and practical content, types, the difference from the “women’s issue” as the leading paradigm of the XIX—XX cс., country orientation and scale of distribution as well as its objective determinants are the central topics of the article. Measuring indicators of the new gender order, the dynamics of the ranking of countries by the gender inequality index are described. Also there is the connection between the new gender order and gender equality. Theoretically, the process of forming a new gender order is considered in the sociological paradigm of social time modi.