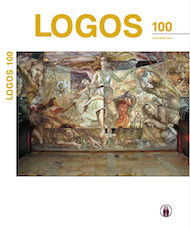 Summary/Abstract: This article examines the cultural and religious identity expressed by the Lithuanian academic youth in the prestigious universities of England. Drawing on the theoretical background of the anthropologists E. Gellner and T. H. Eriksen, particular attention is given to the concept of identity. The analysis of cultural and religious identity is based on the ethnographic fieldwork of the author in England and Lithuania in 2017. The study reveals that the identity of Lithuania academic youth in England is like an „island“ hanging between several continents, where they “feel at home everywhere, but at the same time anywhere“. The analysis of the cultural identities of Lithuanian students and graduates in England emphasis a mixture of identities of several strata – city dweler, ethnographic representative, national, European, international citizen. The importance of religious idendity among academic Lithuanian youth in England was made by an empirical survey. In the three groups of prestigious university students and graduates, the vast majority were atheists, Roman Catholics, and agnostics. Some of the answers revealed undefined religious identities.