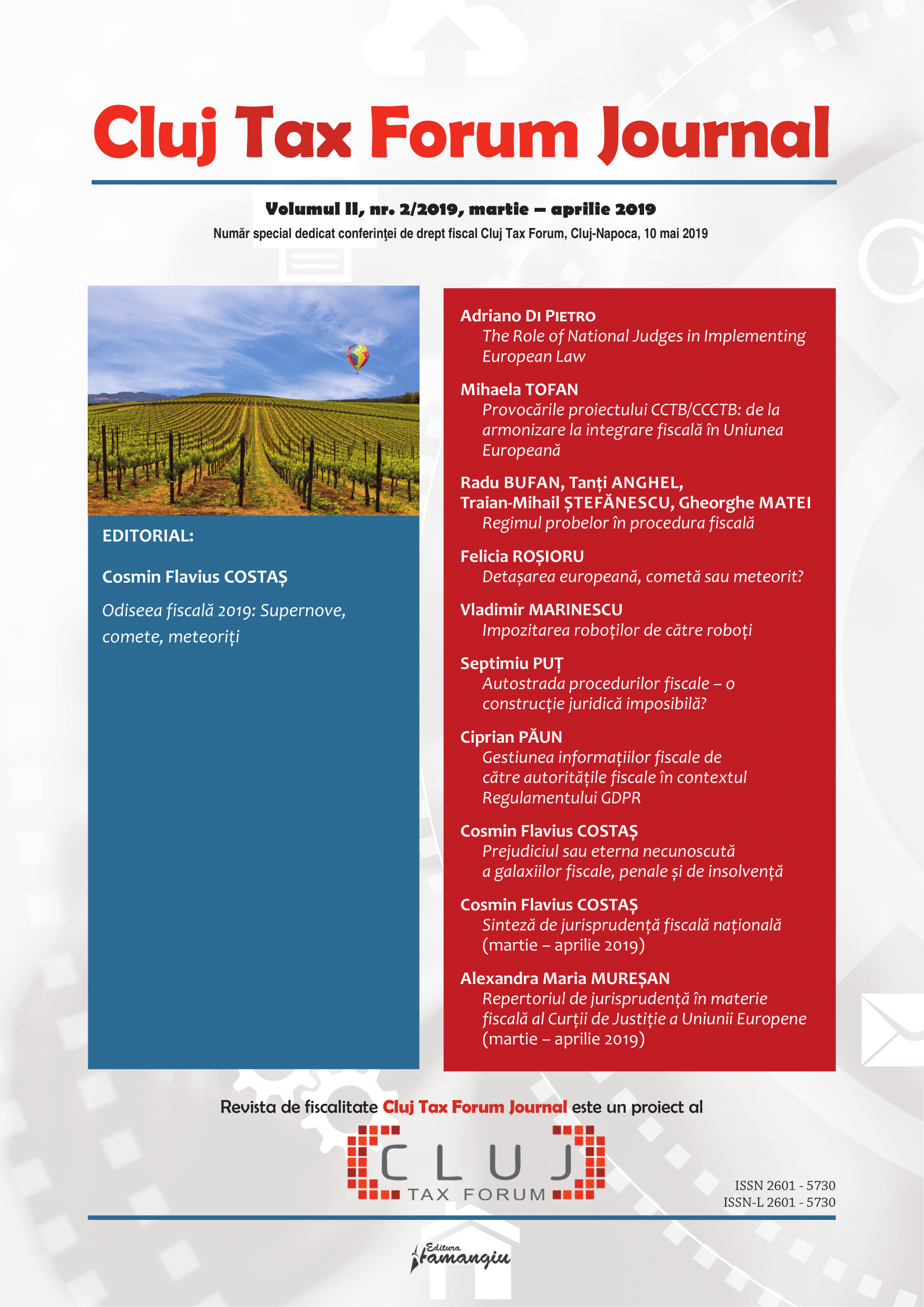 Summary/Abstract: We have chosen the title of this paper in order to highlight – in just a few words – the peculiar situation in which a Romanian employer, taxpayer according to tax law, finds himself/herself when he/she chooses to make use of one of the four fundamental European economic freedoms, the freedom to provide services in the European Union. „Caught” between different legal rules, the ambitions of the Member States' authorities to apply their national rules, in spite of the European provisions and "victim" of the interpretations that the National Agency for Fiscal Administration or the courts sometimes give to terms which have another meaning at European level, the employer has no insurance that compliance with the legal provisions is enough in order to avoid possible sanctions.