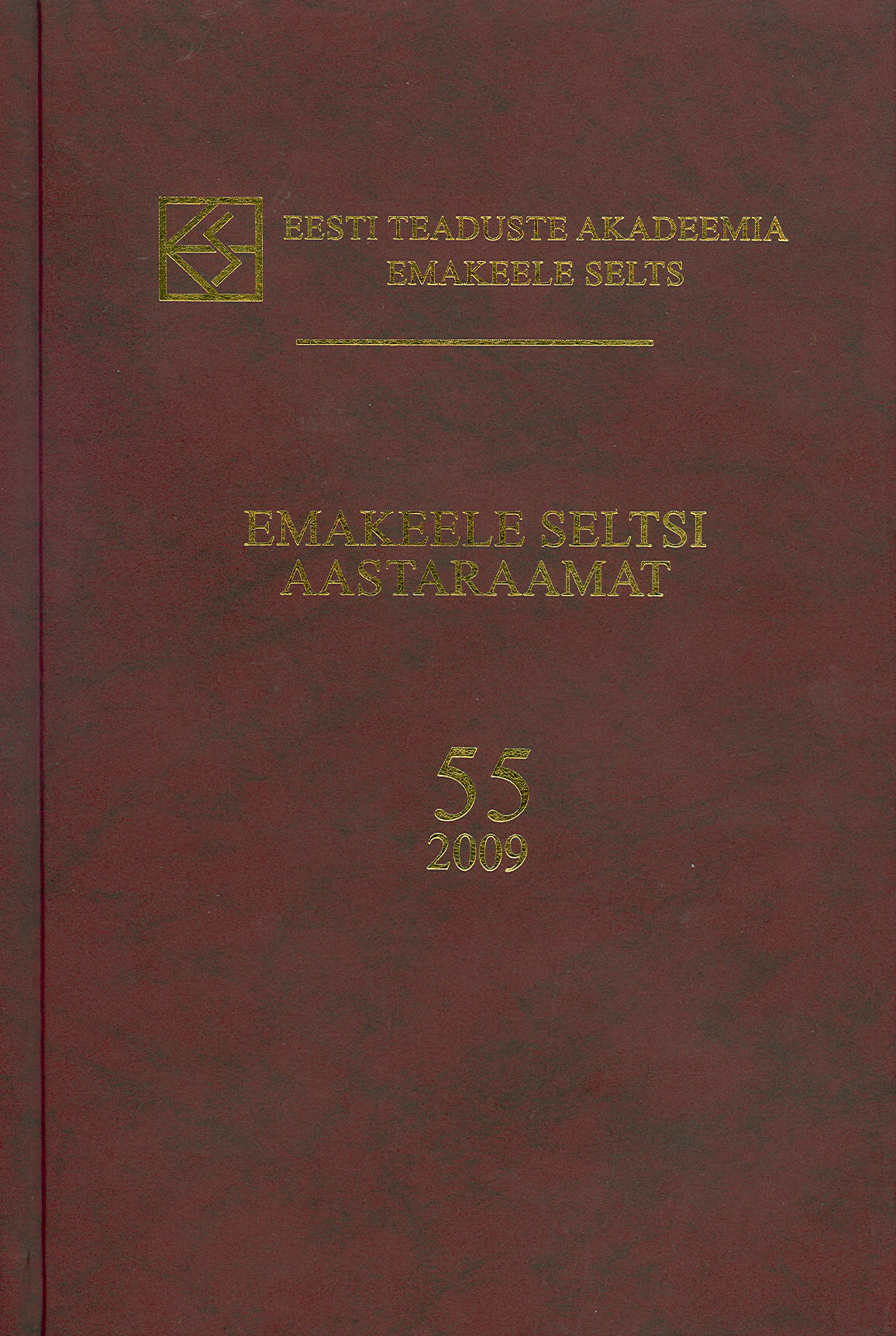 Summary/Abstract: This article is part of a broader morphosyntactic study and deals with analytic saama ’get, become’, pidama ’must, have to’, tahtma ’want’ and võtma ’get’ constructions which express future tense in Old Written Estonian. This study also focuses on elucidation of the future forms used by the 17th century author Christoph Blume. The study is usage-based and relies on the framework of historical sociolinguistics. The material used in the study is comprised of 610 tagged examples from 17th and 18th century ecclesiastical and didactic texts, which are from the corpuses of Old Written Estonian and the Concordance of Estonian Bible Translations. It was found that the literary language reform influenced the more native and even use of future tense. Although abrupt changes in the expression of future tense occurred from the end of the 17th century, e.g. the usage proportion of the German-influenced saama future construction decreased considerably, although it never fully disappeared, early indications in that direction can also be seen in the middle of the 17th century in the texts of Blume.