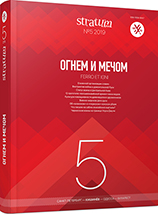 Summary/Abstract: The article is devoted to the find of a single-edged sword with ring pommel in the grave 936 of the Shoksha burial ground, (culture of the Ryazan Finns) in the Middle Oka region. The author analyzes the assumptions about the belonging of this sword to the circle danubian “Avars” swords. For most of these “ceremonial” swords is currently being determined Byzantine production based on the synthesis of “Sino-Turkic-Iranian-Sogdian” elements. The author establishes the proximity of the find from Shoksha and early “Avar” swords. Perhaps it is due to the origin of common prototypes. At the same time, the author points out the approximate swords with ring pommel found on the sites of the Relka culture in Western Siberia. Here and in Altai such swords are known from the first centuries AD, as a result of the Syanbian influence. Swords of the late 6th — 7th centuries are associated by its origin with the Turks of Middle Asia, where images of such weapons on stone statues are known. Such weapon and parallels to motifs of décor of the scabbard from the Shoksha, Relka, Umna 2 are also well known in the paintings of Sogd and East Turkestan. In the Middle Oka region there are also other “asian” finds, imported here through the South Urals and the Kama region. The massive influx of the “Asian” imports in the Kama region began at the turn of the 6th—7th centuries, which may be associated with the activity of the Western Turks and later on with the formation of the Khazar Khaganate.