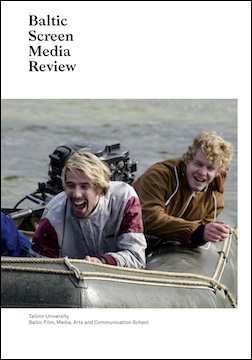 Summary/Abstract: This article is devoted to the theme of women and war in the films of Jānis Streičs, possibly the most influential Latvian film director. In the course of his career, which spanned nearly 50 years, Streičs made films that were popular in Latvia, as well as throughout the Soviet Union. He is one of the few Latvian film directors who managed to continue a comparatively stable career in the newly reindependent Republic of Latvia. Streičs skilfully used the canonised means of expression of classical cinema and superficially fulfilled the demands of socialist realism to provide appealing and life-asserting narratives for the audiences. Being a full-time film director at Riga Film Studio, and gradually becoming a master of the studio system, Jānis Streičs managed to subordinate the system to his own needs, outgrowing it and becoming an auteur with an idiosyncratic style and consistently developed topics. The most expressive elements of his visual style can be found in his war films, which are presented as women’s reflections on war. In this article, Streičs’ oeuvre in its entirety provides the background for an analysis of two of his innovative war films. Meetings on the Milky Way (Tikšanās uz Piena ceļa, Latvia, 1985) rejects the classical narrative structure, instead offering fragmentary war episodes that were united by two elements – the road and women. In Carmen Horrendum (Latvia, 1989) Streičs uses an even more complicated structure that combines reality, visions and dreams. After watching this film, the only conclusion we can come to with certainty is that war does not have a woman’s face and, in general, war has no traces of humanity. The aim of this article is to demonstrate how World War II, a theme stringently controlled by Soviet ideology, provided the impetus for a search for an innovative film language.