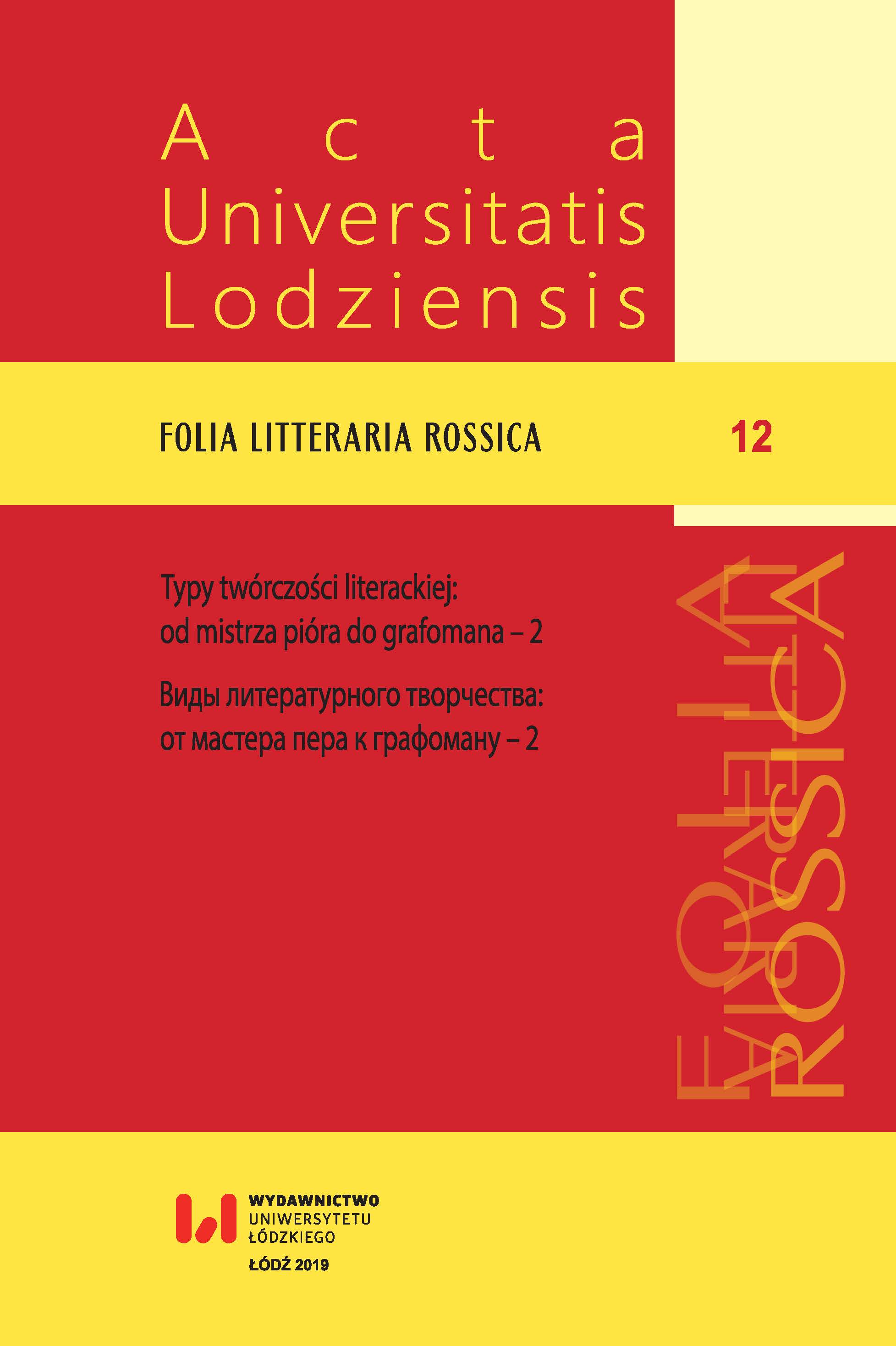 Summary/Abstract: The creative heritage of Yakov Polonsky foreruns the Russian modernism on the whole and symbolism in particular in terms of both the worldview and the features of poetics. Vladimir Solovyov explained this connection by pointing to the romantic vein in the personality of the poet and to his striving for the ideal. Polonsky was the forerunner of the Russian symbolism in that he affirmed the ideal in the forms of real life. The convergence between his work and the programme of the young symbolists consisted in the absolute reliance on the image as a “symbol of the religious reality” (Aram Asoyan). The lyrical cycles by Polonsky and Blok that are discussed show a dramatic disunity of a community of people who have lost spiritual values of life. The result of this loss is suffering and death (the motive of Retribution). The moment of the highest tension in the development of the lyric plot in Polonsky’s work is the loneliness of the protagonist in the absolute darkness and emptiness of a lifeless space of a mystery. Blok shows the loneliness of his protagonist in the antithesis between the motionless “perfect order” of an ordinary life and the spontaneous movement of reminiscences, of anticipation and of thoughts, all born from dreams. Polonsky’s "Dreams" close with the Transfiguration achieved through obtaining a mysterious book. Blok’s cycle, in turn, ends with a sentence of suffering in the afterlife for the apostate. The analysis of the plot and motives in the two cycles makes it possible to ascertain their affinity on the level of the symbolic functioning of the motif complex of the apocalyptic plot.