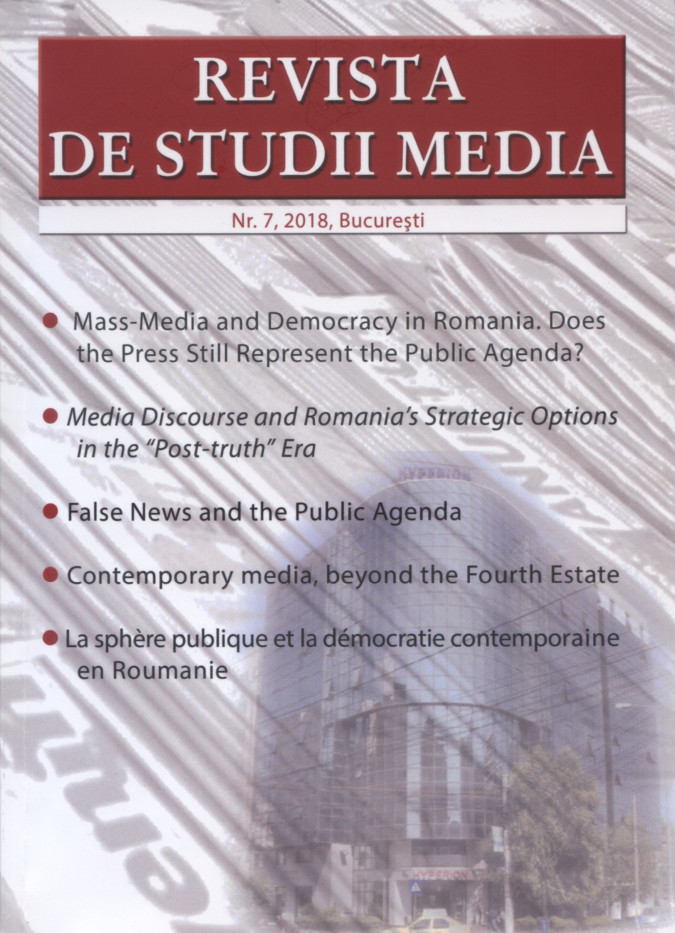 Summary/Abstract: The text proposes to discuss the context in which ’false news’ have appeared and developed in the democratic societies and how they function against the public agenda. At the same time, it distinguishes between intentional fake news and non-intentional false news, which will result in deliberate or non-deliberate misinformation and manipulation. The Digital Revolution offers ordinary people the possibility to practise what has been called citizen journalism. As a reply, professional journalists have developed video journalism. None of the two camps is spared from the false news. Their area of activity is not limited to the political arena that has established them, it aims at all levels of society. The text argues that informational pollution can only be avoided by observing the ethic-professional codes and by increasing the educational level of the information users, so that they may apply and develop examination criteria and systems to enable them to discriminate between false news and true news.