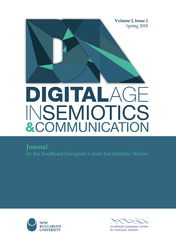 Summary/Abstract: Recently, a peculiar narrative configuration has developed and is spreading through the internet culture and new media. Characterised by a specific representation of the individual growth process, Apeiron narratives find their origin in pen & paper role-playing games, but it is only after the development of digital games and the diffusion of the Japanese cultural codex through the contemporary mediascape that they have become a coherent, autonomous and viral phenomenon. In the following pages, this narrative configuration will be described through a series of paradigmatic examples; its roots will be traced back to the peculiar traits of role-playing games, and the importance of recent digital adaptation will be highlighted. Finally, I will describe its diffusion beyond the domain of fictional text, hinting at possible environments for its diffusion.