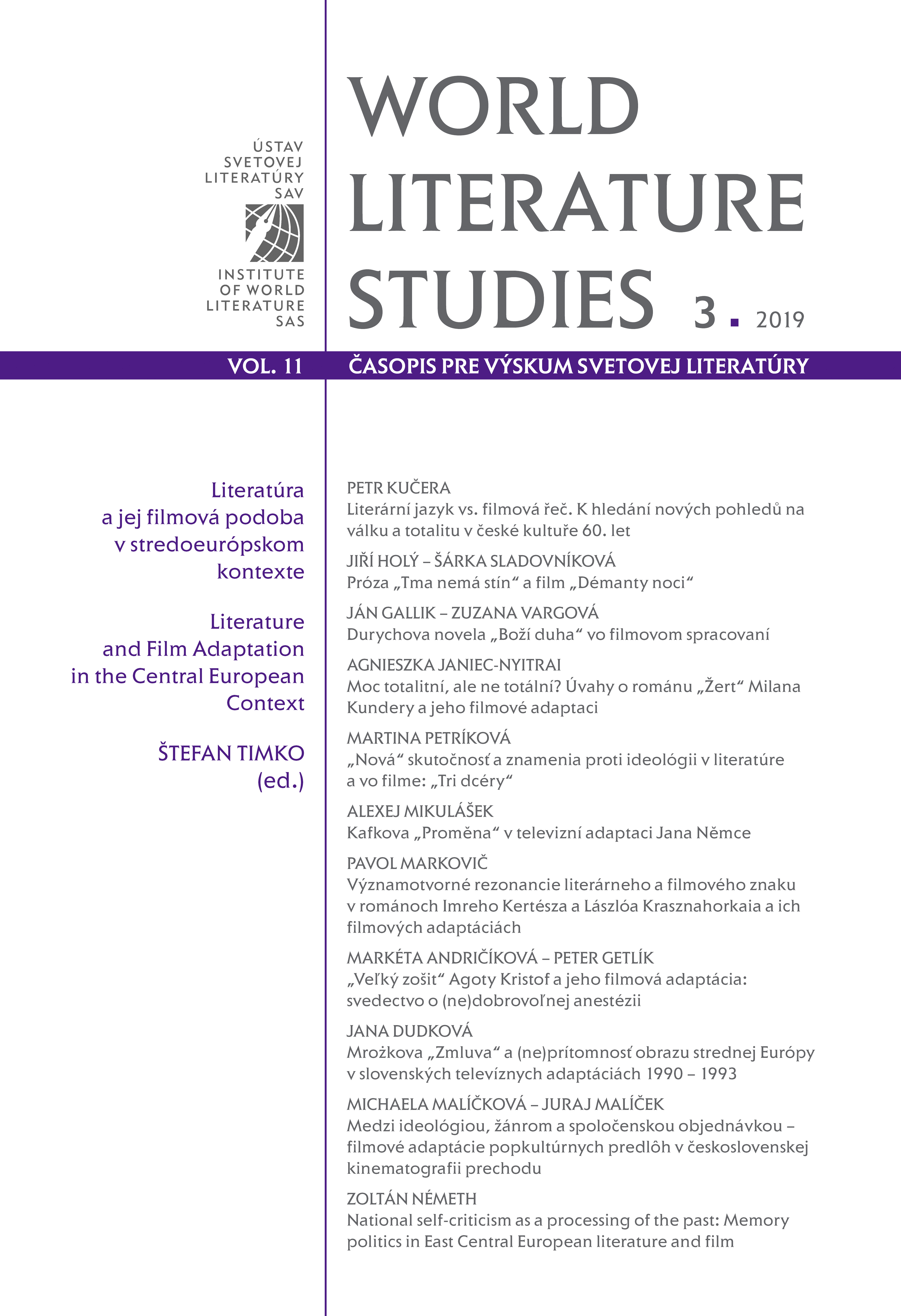 Summary/Abstract: This study analyses the famous novel The Notebook (Le Grand Cahier, 1986) by the Hungarian-Swiss Francophone novelist Ágota Kristóf (1935–2011) and its film adaptation TheNotebook (A nagy füzet, 2013) directed by Hungarian film director János Szász, as the allegoryof “Big History”, as the recording of human tragedy (or the tragedy of human destructivenessand lust for power) and also the tragedy of the individual. We also focus on special narrativetechniques (1st person plural narrator, narrative voice as homo duplex), which are especiallysignificant in relation to brutal scenes of violence, sexual deviations, moral violations, and itsfilm transformation.