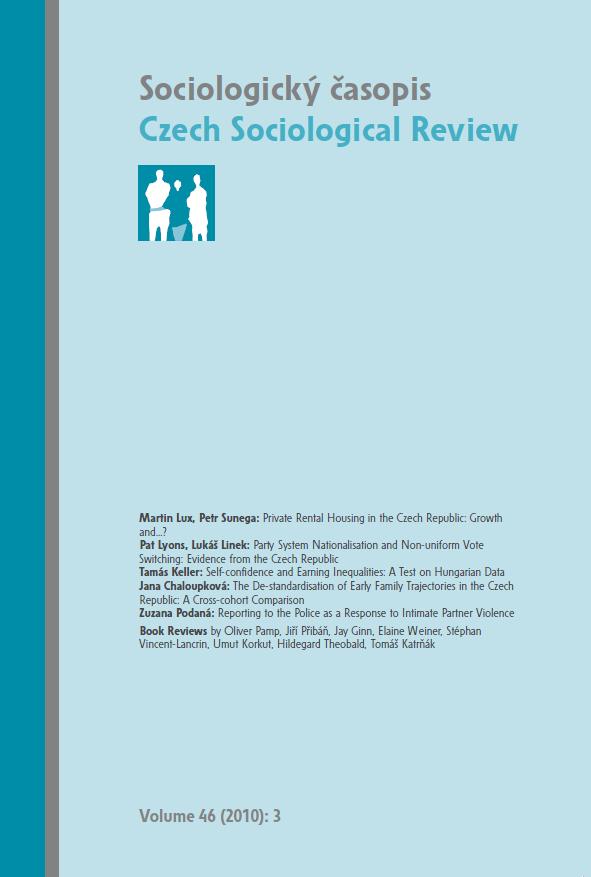 Summary/Abstract: Research on police involvement in cases of intimate partner violence (IPV) focuses mainly on best intervention strategies and often neglects the key prerequisite of any intervention: the victim’s decision to contact the police. This article concentrates on the circumstances that make IPV incidents more likely to be reported to the police, and it also analyses the reasons for victims’ not reporting and for their distrust of the police. It makes use of data from the Czech part of the International Violence Against Women Survey, which allows us to analyse the reporting behaviour of 709 female victims of IPV. The reporting rate among them is very low – only 8%. Logistic regression models of reporting confirmed the high relevance of the features of the particular incident and revealed also several factors related to the history of violence in the relationship; on the other hand, the victim’s resources were found to have no influence. Distrust of the police proved to be an important factor for not reporting to the police (29% of women), and further analysis of this factor suggested the possible occurrence of learned helplessness syndrome among some victims. An additional substantial outcome of this study is its highlighting of the importance of different forms of psychological abuse (threats vs. control) which have diverse effects on victims’ reporting behaviour.