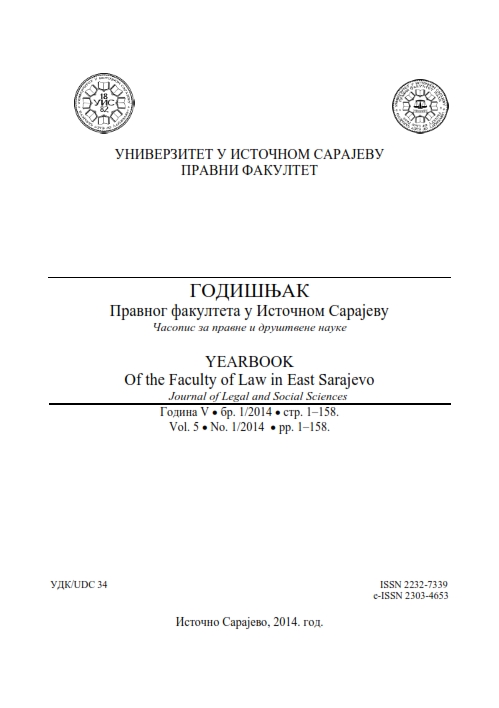 Summary/Abstract: The paper deals with evidence in the criminal proceedings in Bosnia and Herzegovina (search of apartment, premises and persons; temporary seizure of objects; procedure for dealing with suspicious objects; investigation and reconstruction of events; interviewing a suspect; witness interrogation and taking expert witness statement) which are used to convince the court on existence of facts that could affect its decision. Further importance of the rule of evidence is reflected in the fact that, if gathered properly, evidence will be admissible in the criminal proceedings, and may form the basis of the court decision. Evidence can be viewed from the perspective courts take when dealing with specific criminal cases which comprises of establishing facts of the case and applying appropriate legal norms. Establishing facts of the case involves finding out relevant facts, as they indeed happened and examining whether such facts correspond the state described in legal norm. Legal assessment consists of determining whether legally stipulated sanction should be applied on established factual state. The paper points out that establishing of facts in criminal proceedings serves as a basis for decision-making process undertaken by the courts, whether it involves deciding on the substantive legal issues or procedural ones i.e. whether the decision is rendered on meritum of the case or on some secondary issue.