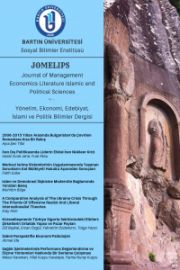 Summary/Abstract: Turkey and Bulgaria became neighbors with each other for many years and they are two countries with common history. There is a need for a thorough investigation of the literary world of these two countries which have cultural, political and literary characteristics. Undoubtedly, it will be more accurate to do research on the novel which is the most translated genre during this period. In the years mentioned, selected and translated novels were evaluated. Between these years, the number of translated novels has been determined, and the subject and genre has been examined. In this research, the traces of Turkish literature in Bulgaria have been extensively researched and revealed with chronological data.