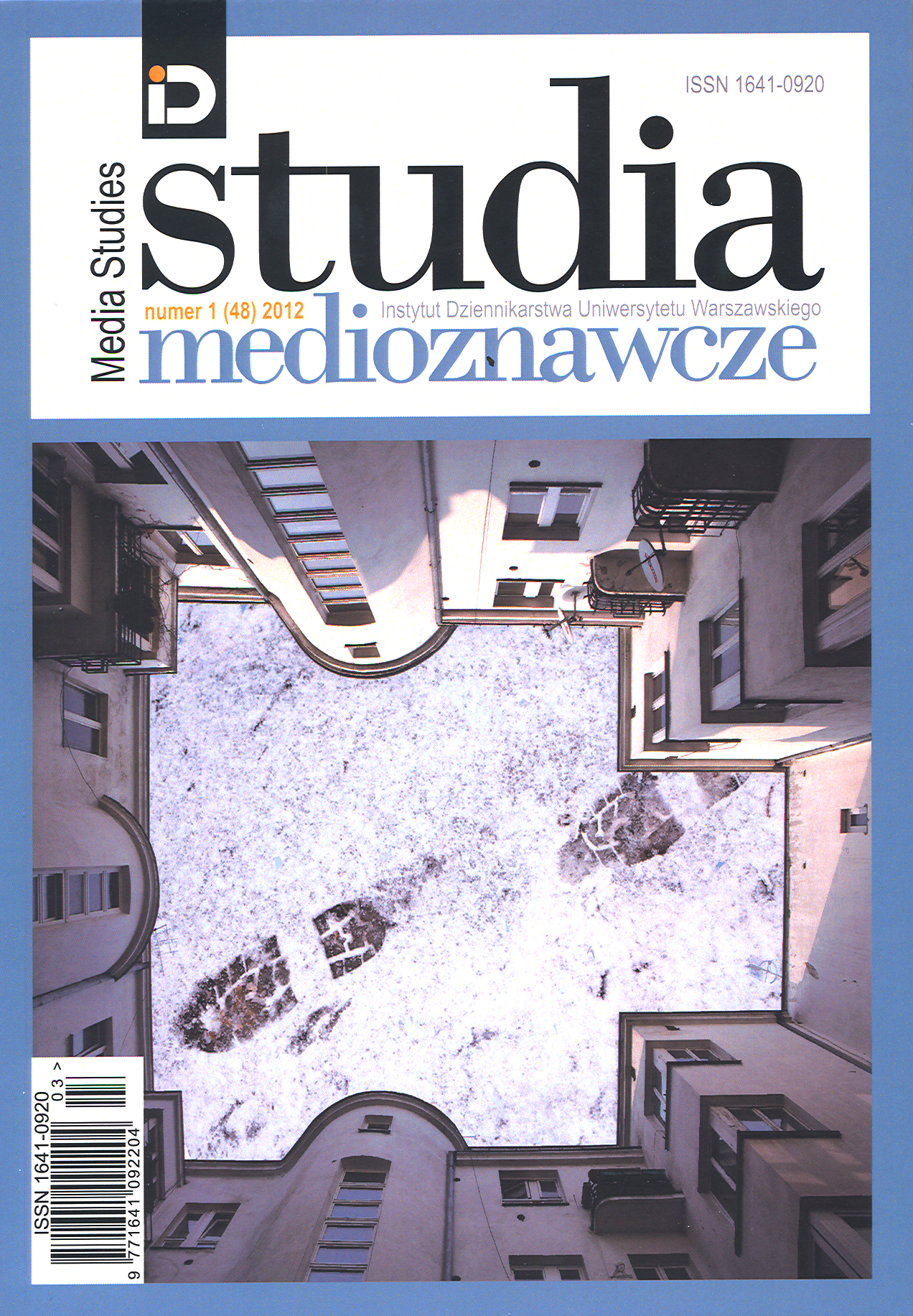 Summary/Abstract: After 1989 (when advertising spots appeared in the Polish mass media), it is primarily advertising that uses – typical of poetry – literary tropes and linguistic tricks. Contemporary culture observations prove that the language of advertising (especially an advertising slogan or its components) turns out to be a very expansive element of general language which penetrates not only the Polish language tissue but also the tissue of high culture including contemporary lyric poetry, prose and drama. The text touches upon an interesting phenomenon of the advertising slogan autonomisation which, detached from its original persuasive context, implants itself in the tissue of contemporary literature starting to play the role analogical to the one played by phraseologisms in the modern Polish language. The described phenomenon is a result of information noise and the implosion of meanings – conditions in which languages appear to be able to absorb more and more new (expansive) elements derived from separate communication systems. Some researchers and artists consider this phenomenon to be an evidence of a reduction of poetic diction; however, it can also be regarded as a cultural oddity, an interesting and intellectually fertile process. Nowadays, it seems interesting in every respect what will be the next step of literature towards commercial communication and all kinds of marketing tricks: rejection or, perhaps, adoption as one of the features of a specific, separate, literary idiolect – and this is the very question of this paper.