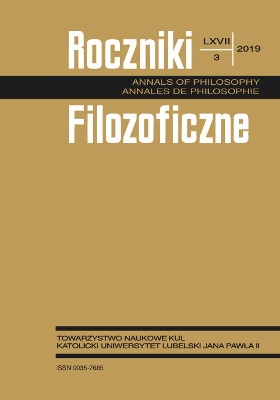 Summary/Abstract: In the times preceding the emergence of Neo-Platonism (1st–3rd century BC), the philosophers now known as Middle Platonists elaborated an extensive reflection on the possibility of knowing God, and the ways that could lead to acquiring knowledge about the transcendent. According to Plato, “To discover the Maker and Father of this Universe were a task indeed; and having discovered Him, to declare Him unto all men were a thing impossible” (Plato, Timaeus 28c). The Middle Platonists believed that God, whom they sometimes identified with the Platonic One and Good, is possible to know but not possible to express. Even though the knowledge of God is accompanied by all the difficulties associated with the process of intellectual and ethical improvement, and although what one comes to know in this process is ultimately impossible to express in human language, gaining knowledge of God and becoming like Him is nevertheless the goal of all Platonic philosophy. Jewish and Christian thinkers working at this time came to similar conclusions. These include Philo of Alexandria, Clement of Alexandria, and Origen, who are themselves sometimes deemed Middle-Platonic philosophers. Unlike their pagan colleagues, they believed that man’s process of coming to know God would go on forever. They thought that the finite human mind would never be able to contain the infinite, and they held that the essence and power of God are indeed infinite. The goal of this article is to expose the relationship between the infinity and the unknowability of God, and at the same time to point out the differences in the theses put forward on this question by pagan Middle Platonists and those who accepted Judeo-Christian revelation.