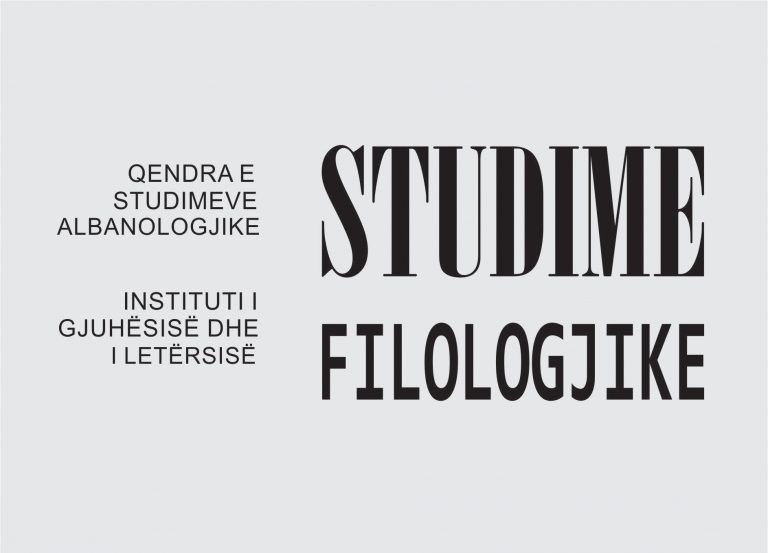 Summary/Abstract: In this article we offer a different approach from the prescriptive one of the traditional grammar to the case of the first group of nominalised adjectives in Albanian. Our main goal is to explain how the process of contextual nominalisation is realised and under which syntactic restrictions it takes place. To get nominalised an adjective must be in attributive relation to the noun inside a DP, and the noun itself must be object of ellipsis. In this case the adjective itself moves to the Do position of DP to join there the definite or indefinite determiner. This leads to a hybrid construction, in which the adjective has joined the endings of the name, its paradigmatic inflection. This construction can be subject of the sentence, complement, object and prepositional complement. The adjective can be modified by comparative adverbs (më i madhi “the bigger”) which is an indication of its adjectival status, while the modification by adjectives and relative clauses is an indication of noun status (i vogli i qethur shkurt, e madhja që rrinte ulur). This construction is obtained in discourse, so we have to take in consideration textual factors that influence the process of nominalisation. In this hybrid construction the determiner establishes the anaphoric relation of the adjective to the noun. This is obligatory to maintain the continuity of the textual reference and to provide the semantic structure of the sentence. We see the nominalization of adjectives as an obligatory process dictated by the needs of the discourse, and not as an optional phenomenon used just for stylistic purposes. The model of adjective nominalisation described in this article is also convenient for describing the process of possessive pronouns nominalisation in Albanian, which happens under the same syntactic conditions.