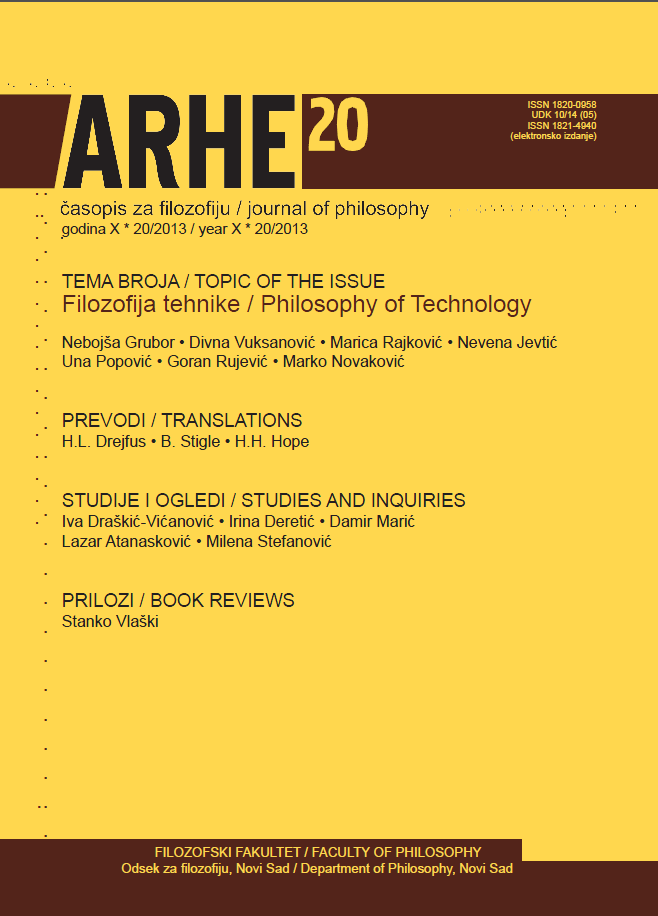 Summary/Abstract: The paper deals with Aristotle’s conception of the citizen and the slave in its ancient Greek context as compared to its reception in theory of modern American Slavery period. The identity of this concept in Antiquity is formed through the multi-layered historical experience of Aristotle. Its ambiguity is determined by Aristotle’s conception of man as zoon politikon and zoon logon echon, as well as his concept of nature. Aristotle’s definition of a citizen is inextricably linked to the concepts of: master, freeman, barbarians, slaves, women, children, craftsmen, foreigners, animals, property, household and polis. This means that a dynamic multi–dimensional relationship between these concepts and the concept of the citizen is brought about through intersection, interweaving and contradictions in Aristotle’s philosophy, without which it is impossible to precisely determine this concept and vice versa. Although contemporary philosophy is indebted to Aristotle for his precious philosophical views, he also left a legacy of the teaching of mastery and slavery, which he established upon the ancient Greek apprehension of natural law. This legacy will play an important socio–political role from 17th to 19th century, especially in America’s slaveholding South. Aristotle’s ideas of natural hierarchy provided the legitimacy for existing hierarchy which confronted the modern ideas of natural law advocated by abolitionists. Although modern slavery system has dimension of capitalistic spirit and belongs to the time of Modern, it ontologically belongs to the pre–modern world. The peculiarity of modern slavery is that the hierarchy is substantialized in the concept of racial difference. Regarding this, the peculiarity of Aristotle’s receptions of the matter will be reexamined, as well as the question whether Aristotle’s teaching about the masters and slaves sets the basis for racism.