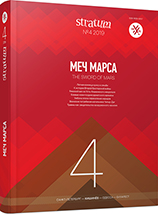 Summary/Abstract: The article discusses the results of a study of the chemical composition of the alloy of Bosporan staters from hoards found in Phanagoria (2011), Taman 16 (2016) and Gai-Kodzor (1986). Their concealment was connected with invasions of the Sarmatians and Alans in AD 328, 307/308, and 341/342. The XRF method allowed to trace the progressive degradation and change of alloys by emissions. The state’s search for finance to fight the barbarians was accompanied by inflationary processes in the Bosporus economy, i. e. excessively abundant or, on the contrary, tiny emissions of staters, as well as the debasement of coinage due by reason of deficit of the silver. The study shows that the highest rates of minting in the Bosporus, caused by the growing need of the state for funds in a tense military situation in the Northern Black Sea region, were accompanied by a transition from silver to copper alloys.