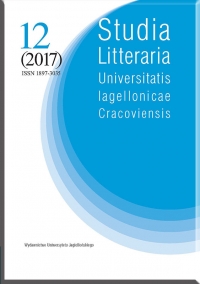 Summary/Abstract: In Poland quite obscure, Marlen Haushofer (1920–1970) was an Austrian writer whose artistic work fell on the 1950s and 1960s. In her lifetime neither the novels nor the shorter prose works she was an author of won much recognition. Only the 1980s and the intense feminist actions made literary critics have a new look at Haushofer’s works. Since that time she has been regarded as a representative of women’s writing. Her main characters are women going through their everyday problems, living in solitude, having their anxious moments, suffering the consequences of wrong life choices and the effects of traditional and rigorous upbringing. What is not to be blotted out of their memories is wartime experiences. Even though they do not talk about it, those memories come flooding back as isolated pictures.