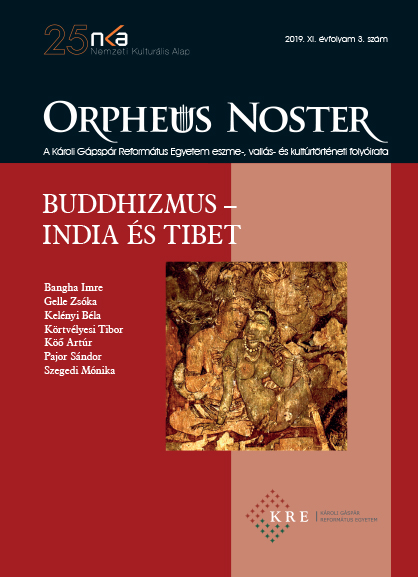 Summary/Abstract: Buddhism shares some features with other Indic traditions, but it has two distinctive radical doctrines: transiency and insubstantiality. Abhidharma as an independent exegetical tradition can be traced with certainty from the third century BC. The scholar monks elaborated a theory of matter relating to physical objects, the human body, and morally determining acts (karma). According to the theory, the atom (paramāṇu) can be defined in three aspects: 1. as the smallest physical measure, the basic unit of material objects including living bodies, 2. as the ultimate, theoretical limit (paryanta) of the reduction of matter (rūpa); an indivisible, resistant, space occupying material entity with no parts and spatial directions; 3. and finally, as the spatiotemporal synthesis of inherent, coefficient qualities and functions (dravya). A special feature of this theory is that atoms comprising a sentient body have also the quality of sensitivity as an elementary constituent. On the other hand, an atom also incorporates the set of sensible qualities which manifest themselves only in the space of attention directed to them. These sub-atomic factors (dravyas) are not autonomous, substantial entities, not independent particles, but rather naturally and necessarily coexistent and coefficient material functiontypes. The material of the atom cannot be separated or distinguished from these subatomic factors: it cannot be set as an autonomous substrate independent of its features. These features are not static qualities but functions, corresponding to and explaining our experience of physical bodies and their workings.