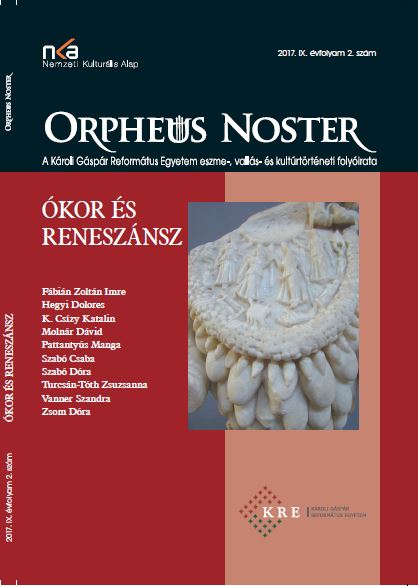 Summary/Abstract: The article attempts to summarise the role of maat in Ancient Egyptian kingship. As such, it is important to consider which gods were connected with kingship, like Osiris, Ra, Horus and Seth. It seems that Egyptians thought these and other gods were kings before the predynastic period. The Golden Age myths and the story of Osiris could be a great example for the kings of the Historical period. During the Old Kingdom, especially during Hufu’s reign, the sun god had the main role; Hufu may have identified his reign with the Age of Ra. The same ideas appeared during the kingship of Amenhotep III, and may have had an important effect on Amenhotep IV/Akhenaten. The unsuccessful end of the Amarna era could be the reason for the negative perception that such associations carried in later times. The Amarna era was considered as a period of chaos which was incompatible with the traditional view of the Egyptian kingship.